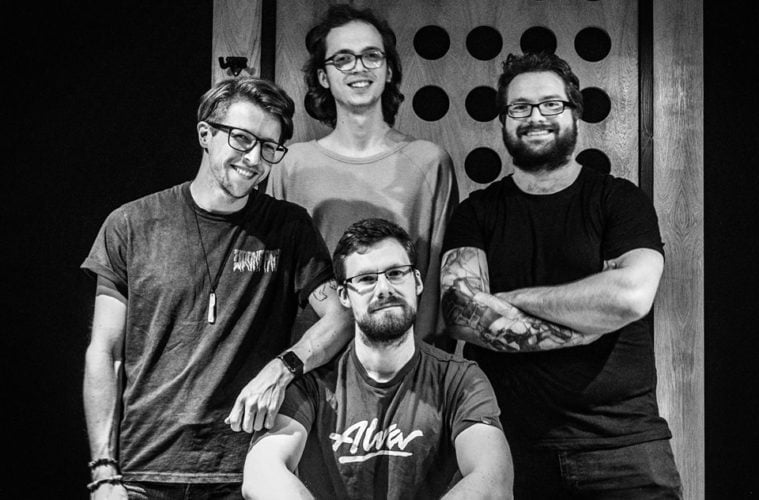 They’re Coming To Get You Barbara – Release New Single

For fans of The IT Crowd, this new release from Liverpool locals They’re Coming To Get You Barbara, is bound to have some heads turning with their nod to Matt Berry in their latest single Damn! These Electric Sexpants. With a flurry of singles to follow and an EP coming out in October there’s plenty to be shouting about off the back of their latest EP, Nothing Changes.

Their music’s references reach and pull in a particular corner of music fans, many of whom that are fans of Shaun of the Dead and IT Crowd, allowing them to instantly sidestep the initial listener’s of warming to an artist, giving us an insight into their character and songstyles.

Perched more toward the heavier side of songs from bands such as Good Charlotte and Fall Out Boy, the single brought about many style indicators early on. We hear lead guitar lines featuring pinched harmonics early on, hitting the listener with a metal quality to the music, and potentially setting the scene for the rest of the track. That is until the pleasant surprise of the vocals. Almost mimicking Matt Berry’s own unique vocal style, moving away from the vocals heard in their last EP, we even hear a soundbite from the title taken from the episode (soon after his character jokingly signs a sexual harassment form… ).

A punchy, thrash rock track ensues, moving into a breakdown section that exemplifies the genres roots. There’s plenty to be excited about for the new music on the horizon from TCTGYB, of which we hope to see more of the same and the fun, raucous music that accompanies it.

To find out more about They’re Coming To Get You Barbara visit https://www.facebook.com/TCTGYB/

The band will play the Musicians Against Homelessness fundraiser on Friday 27th September at Outpost, Liverpool.