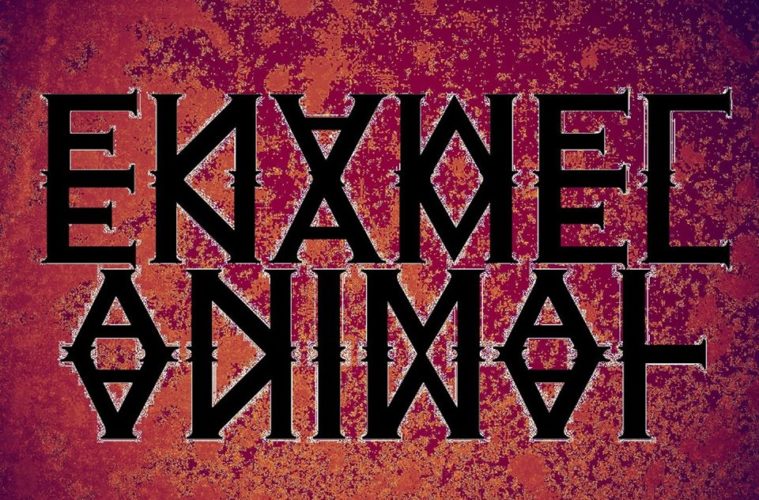 There aren’t many bands brave enough to send out a full tracklist into the world without an initial EP. It’s a risk but also a credit to Enamel Animal for succeeding with their debut release Unfaith. A full eleven tracks of splendour to pore over, the Liverpool lads – Philip Collier, Barry McKeown, Glen Ashworth and Ryan Mallows) – have given fans quite a treat with their collection of grunge-infused songs, featuring everything from the heavy ‘I Love Creationists’ to the more mellow ‘The Thousand Years’.

A pure one-minute instrumental heralds the opening of the album, with the thrash of guitars and drums building the pace for Enamel Animal’s debut. When the lyrics for first song ‘Surrender Reverence’ do kick in they evoke a grunge vibe, with the lines ‘I’m waiting all my life to shine / Forever lost and purified’ being a compelling motif for all of the band’s songs.

‘War Machine’ is much rawer, weighted with a political theme that the band seems no stranger to. Track three, ‘Horrified’, is where the band really starts to experiment though. The stomping instrumentals work with the vocalist’s crescendos, layering a closing guitar solo for extra bite. Coming out in full force with classic punk aggression on ‘I Love Creationists’, the vocalist spits the chorus ‘It’s your time to die’, seeming to anticipate that this song with be a sure-fire crowd pleaser.

‘Death to the Destroyer’ moves back more to the band’s grunge base, bringing to mind songs by Stone Temple Pilots and Queens of the Stone Age from the vocalist’s gruff chant. The lads are all attitude come the middle of the album, as ‘Greetings Earthlings’ is a rebuke to the planet. Perhaps the strongest song, lyrically, it’s full of rage, making space for a chaos of guitars and drums.

By complete contrast, ‘The Thousand Years’ is the mid-album ballad of sorts – the cruel but simple repetition of ‘I need to love somebody to love myself’ will no doubt hit a chord with fellow listeners.

‘Red is for Danger’ brings things back to full speed with tongue-biting aggression and an experimental cacophony of sounds. And if the band weren’t already content with trying out new things, ‘Eintracht (which, FYI, translates to ‘Harmony’ from German) is a lyrical ensemble, that benefits from the slightly-off-kilter instrumentals.

‘A Praying Mantis Does Not Pray’ is perhaps the most epic and anthemic of the eleven tracks, with a nod towards progressive rock of old. It’ll no doubt be the power song when the band comes to playing bigger venues.

Closing tracks always have a tough job, but the band set even more weight on ‘Unfaith’ as the album’s namesake. It’s an impressive mix of the all the best parts of the full tracklist that came before it though – strong lyrics, guitar solos, and an ever-switching tempo. Enamel Animal have done themselves proud.