Castle Street’s history goes way back, as it is one of the seven ancient streets that date back to the maps of the 13th century. Its historical architecture will leave many speechless, as there are great things to see and try around. If you ask the Liverpool citizens, ‘What is the best place to have a drink?” the answer will most likely be Castle Street. Many gamers like to play aussielowdepositcasino slots or pokies as they chill out at one of the Castle Street bars and restaurants. Keep reading to discover why gamers prefer to take a pit stop here.

This is a unique spot for gamers as it boasts a number of places where you can enjoy competitive gaming. Other than enjoying the beauty of historical buildings on Castle Street, gamers like to visit the Point Blank virtual shooting bar. It’s a big hit as it offers over 200 shooting games to play. It’s a fancy bar where those who like playing slots or other casino content on Staycasino also give virtual shooting a try.

Point Blank bar is placed where the old Olive restaurant used to be, and it is stylishly decorated. There is also great music in the background and there is usually a sports match on the TV. The bar offers guests a great selection of drinks or food such as pizza or wings, and above all, they have daily promotions like six beers for £18.

Point Blank is different from other bars as its focus is on shooting games, including speed challenges, and target practice in various scenarios. Guests can enjoy the offer of £35 per person every Sunday, between 12 pm and 4 pm, which covers unlimited prosecco, beer, pizza, and games.

The History of Castle Street

Its oldest storefront is called McGuffie’s. In 1795, Edwards and Penny opened the first store at number 58, even before J.R. McGuffie was born, whose name the company still bears today.

The business had success for many years before the pharmacist John Rowland McGuffie bought it in 1840. Right after McGuffie took ownership of the store, he became the councilor of town and was elected twice to aid St. Paul’s Ward, now known as the Business District. There is no wonder why it kept its name today since that was the start of a great heritage.

Even before Liverpool became the city and still was a town, Castle Street was a very important passage to the port, together with the castle that was on the top of Lord Street today. William de Ferrers was the 4th Earl of Derby, and the castle was built under his orders. That explains Derby Square at the bottom of the street, right beside the Queen Victoria monument.

Liverpool Castle stood by the middle of the 18th century and was built from 1232 to 1237. Later it is used as an inspiration for the Queen Elizabeth law courts design.

Looking on the left side of the Queen Victoria monument, you will notice at the numbers 48-50 that it has Italian and classical styles. The famous Liverpool architect James Picton designed these buildings, together with the Picton Reading Room that is placed in Liverpool Central Library.

One of the most breathtaking Victorian Chambers is placed at the number 42. Everyone should make sure to take a look at that when they pass through the street.

Liverpool has the leading role in plenty of movies, and Castle Street has a major part in that. In 2015, Water Street and the Liver Building, together with Castle Street, represented New York in the Florence Foster Jenkins movie, when the stars were Hugh Grant and Meryl Streep.

Castle Street took part in the shooting of The Irregulars, a crime drama on Netflix when it represented the streets of London.

The Parole Officer, one of Steve Coogan’s earlier films was filmed here as it represented the streets of Manchester. He played the role of the police officer who fought the criminals to prove the innocence of the murderer.

For what it’s worth, plenty of dedicated gamers claim that the Town Hall is the perfect spot to meet up with friends and decide on their gaming plans for the day. There are many competitive arcade gaming bars in Liverpool, not too far from the Town Hall.

That gives the gaming enthusiasts a perfect starting point, from which they decide to visit various VR gaming centres, bowling alleys, pool bars, and plenty more amazing places. The choice is tremendous when it comes to the perfect place for gaming experiences.

There are guided tours at the Town Hall to see the main staircase, together with the reception rooms, ballrooms, dining room, and council chamber. Another great room to see is the Hall of Remembrance. It honours more than 13,000 lost lives at the time of the first world war and those who aided the freedom of Liverpool.

Another interesting place to visit is the home of the Liverpool Gin Distillery. Visitors can see the distillers that produce their own Liverpool Gin while they relax at the bar. The place consists of four floors. In the basement, the kitchen serves up where pizzas, flatbreads, tapas, and nibbles. On the ground floor is the production of the branded Liverpool Gin. The first floor is where visitors can discover how to distill gin, and the home of the bartender school is on the second floor.

Places to Eat on Castle Street

After a day or night of successful gaming at some of Liverpool’s popular arcade bars, the next pit stop is most likely somewhere to eat and refresh. Although many of these bars offer food, sometimes it is worth walking back to Castle Street and summarising the gaming results at some of the fancy restaurants. Right there relaxing, it may be the perfect time to work out new gaming plans or call it a day and enjoy the atmosphere.

Since this is one of the most astonishing streets in Liverpool, you should definitely check out some of the popular places to eat. Maybe the choice is not as easy as picking the legit casino, but it has many meals on the menu at various restaurants.

This restaurant offers meat, bread, veggie dishes, fish, little pizzas, and desserts. It is the perfect pit stop to have a great meal, a wine, or a cocktail with friends.

This place offers plenty of different pizzas with many toppings. The restaurant was voted 10th place in the world for the best pizza by a food and travel site.

This significant restaurant has meat carvers who move around the tables. They offer cuts of juicy meats roasted slowly on the barbeque, and carved at the table.

This place is a real gem among restaurants with an amazing atmosphere. There is a wide selection of meals, and even breakfast. A wide selection of drinks, such as locally brewed beers, cocktails, and wines are offered to guests.

San Carlo restaurant serves classy Italian food and fresh fish as a specialty and a wide selection of grills on the menu. It is noticed that famous faces often visit it.

Even though Castle Street doesn’t have many places for gaming, you can find excellent bars and restaurants to relax. Its rich history will leave many speechless, which is the reason why gamers enjoy visiting some of its well-known buildings, restaurants, and more. Point Blank virtual shooting bar may be one of the most interesting places if you are looking for gaming. On the other hand, gamers who make a pit stop at Castle Street can get in touch with its great history. It is an excellent place to have nice meals and drinks to chill out. 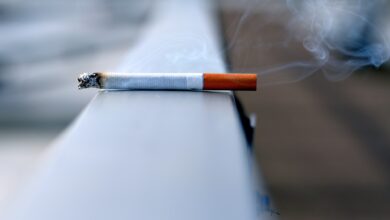