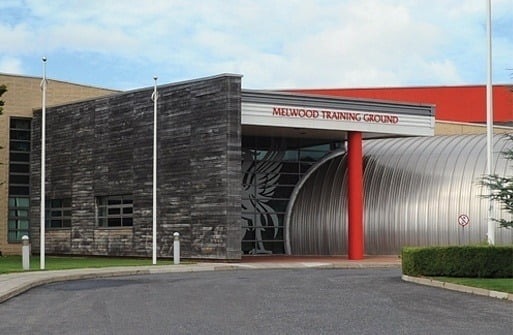 Updated for 2019: This tour is currently unavailable. Read the LFC Stadium Tour feature.

If you want to find out about all things LFC, read our Ultimate Liverpool FC Fan Guide, with recommended LFC Fansites, Podcasts, Matchday pubs, Street Art and much more.

Liverpool Football Club have already built themselves a creditable reputation of being a very fan-friendly club, with supporters not just feeling a part of the fans, but a part of the Liverpool family, such is the close bond between club and community.

Liverpool FC have now opened another part of their rich and illustrious history to their loyal fanbase – by opening the gates of their Melwood Training Ground to fans, for an in-depth tour of the facilities inside. Whilst inside, you will visit such places as the press conference room, where Liverpool manager, Brendan Rodgers, will hold his press conferences for the media, to the boot room, where the likes of Steven Gerrard and Raheem Sterling’s boots are on show, as well as their other training gear.

We were greeted in the luxurious Melwood reception by our guide for the tour, Alan, and were offered refreshments before commencing the tour. We were informed that a number of players also use the main reception, other than the players’ entrance. The first thing we saw, was a replica of the UEFA Champions’ League Cup – a reminder that the club have won it 5 times. Inscribed on the back, are the 5 teams that have also been able to keep the cup. A quote from Rafa Benitez, the man who masterminded the Reds incredible 5th Champions League win against AC Milan is also found just underneath the cup.

The press room was the next location in our tour. We all took our seats in the area where Sky Sports News reporter, Vinny O’Connor, is a regular, and were shown where all the journalists and staff are usually situated. By the end, we knew where everyone from the man standing next to the Liverpool manager, who determines what questions can and can’t be answered by Rodgers, to the cameramen at the back are usually located throughout the conference. The walls are adorned with Liverpool emblems, which were put up by former Reds manager Rafa Benitez, a stark reminder to the players of how big a club they are representing.

Brendan Rodgers holds his press conferences at 2p.m, as opposed to former manager, Kenny Dalglish, who held his at 9-9.30. This is because Rodgers wanted to get all of the training out of the way during the day, so he could prepare properly for the news conference. This is why he always seems so calm!

We were then guided to the next area, the Boot Room, the area the players come to from the training room in order to collect their boots and kit, ready for their training session. All of the players’ boots were there, with a notable change of colours depending on staff. Brendan Rodgers’, for example, were a plain black; a colour not shared by many of the players, who opted for a dazzling mixture of colours! Just beyond the sea of colours that are the players’ boots is the vitamin rack, where all the players keep their supplements to keep them strong and fit. Whilst training, the players are monitored whilst wearing a sports vest with GPS, this data is collated and sent back to the physio room, who will go on to report to Brendan Rodgers. The viewing area, where we next went, is the area where staff would be able to look out over Millwood’s training ground, and oversee all players. We saw all 3 pitches (A,B and C) and were informed that each pitch was a size, depending on the size of the opposition’s field. For example, if Liverpool were visiting the Emirates, they’d train on the bigger pitch.

One group being shown around Melwood was lucky enough to bump into Brendan Rodgers in this area, who then showed his class by greeting every single member of the group, and shaking their hands!

All-in-all, Melwood was an absolutely delightful experience, and reflects even further the true class of Liverpool Football Club.

Tours run every day until 22 June 2014 and cost £30 for adults and £15 for children. For further information please go to www.liverpoolfc.com/melwood.