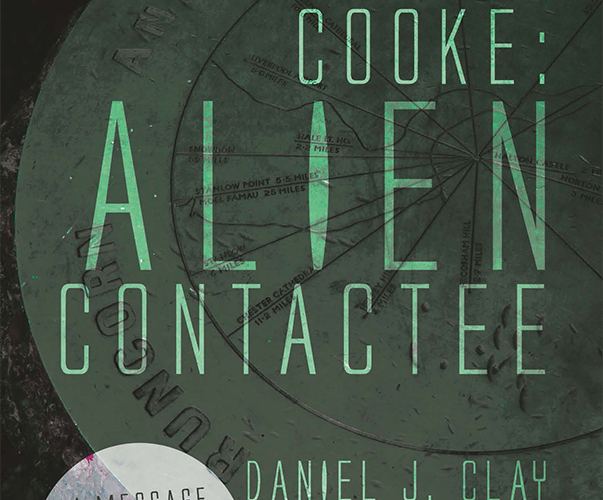 Ask any group of Ufologists who holds the dubious honour of being Britain’s first alien abductee and it is likely that the name James Cooke will emerge from the majority of their lips.

Not to be confused with the 18th Century explorer James Cook (no ‘e’), this James Cooke hailed from Runcorn and in September 1957 claimed he had been taken by aliens to the Planet Zomdic.

“I’d been brought up in Runcorn and fascinated by the paranormal generally and UFOs particularly since reading my parents’ copy of Chariots of the Gods by Von Daniken at a young age.” Says author Daniel Clay

“Cooke though always remained on the edges of my consciousness until a trip to the Mother Ship of Britain’s paranormal landscape, Rendlesham Forest. Following this visit, for some reason I felt compelled to investigate Cooke and decided I would buy myself whatever books there were about him and conduct some research. No books were to be found, mentions here and there yes and lots of internet snippets, but no single book, pamphlet or journal dedicated specifically to him.” Says Daniel

So it was from here that Daniel started on the quest to tell his story that resulted in the book ‘James Cooke: Alien Contactee’. It revealed a story and context much more complex than a simple gee whiz tale from a man saying he had been to outer space.

So what was he up to and what actually happened? I guess we will never really know but the book cements where he fits into the history of ufology and provides some persuasive theories and insights into the mind of a 1950s alien experiencer.

James Cooke: Alien Contactee will be available to buy on Amazon in the next few weeks and keep an eye out for it in local book stores.