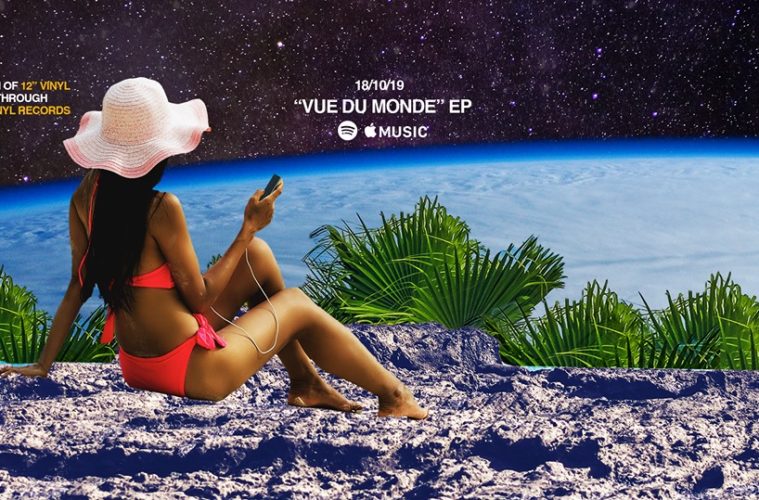 The Cheap Thrills Vue Du Monde EP has got Jamie Hankin extremely excited and here’s why.…

Shout it from the steps of St Georges Hall and bellow it from the roof of the Liver Buildings. The Cheap Thrills are back with a six song EP to cement their place and rightful standing alongside all of your local music mainstays. Vue du Monde is 20 minutes & 26 seconds of fist pumping pride and youthful exuberance. Yet it’s also an exhibition in class explored by a band mature beyond their years.

Codependence is the opener and immediately the local four piece set their stall out. Ringing guitars kick start the show and within seconds, your arms are in the air. If they aren’t, then they should be. A tune armed with the catchiest of grooves and a sing along chorus. It’s called Codependence. A modern-day anthem detailing a strong relationship with a loved one along with the joy of the journey together.

Lead singer Lewis Pike’s vocals ranging and on point throughout as he leads us with a call to arms. Anton Eager is relentless on the drums that ring and shake in the background. It’s going to sound incredible live, you can just feel it. The chorus will land with the highest-octane energy. You’re on your friend’s shoulders roaring the message. You’re in the arms of your loved one, absorbing the message and relating. The relativity of this number is the aspect that cannot be lost. It is the aspect that I predict will propel it far and wide. A must listen.

Saint or Sinner closely follows as the tempo drops ever so slightly. Roaring guitars are replaced with gentle keys and a drum beat to set the tempo. A groove that would not sound out of place on a Blossoms track. Deep meaningful lyrics are mirrored with religious symbolism throughout. The tone is almost regretful but never downbeat as we hear of a soul conceding, “I’m not on speaking terms with Jesus, I can talk with my ma”. The tempo lifts in the second half of the track so the mood follows suit. We get to tap our toes and allow our hips to sway to the catchy instrumental that segments the verses beautifully throughout.

Third track Time Waster begins as we approach the halfway point of the EP. The strings alight providing an electric feel. Pike’s vocals softer yet effortlessly bang on point. The guitar section have us wrapped around their proverbial little finger for all three minutes and eight seconds of this voltaic victory. Lewis Pike, Terry Eaves and Callum Fitzpatrick on bass, “take a bow” as some fella once said. The strings reverberate tremendously in the background then come to the party in a lovely fashion with a few striking solos in between.

We’re back out for the second half of the EP as it kicks off with Smile When You Sleep. This track boasts all that we love about the Walton Vale Massive ©. Loud roaring guitars and a chorus with a sure swagger creating a soundbite that can only come from this part of the world. The Cheap Thrills treat us with another story of young love and good feeling however this time with a humorous edge. The frontman’s up-front vocals provide a heart-warming picture depicting the thrill of a new relationship, stumbling around, accidentally waking up his partner as he leaves. This is indie music at it’s purest and in it’s richest form.

The structure of this track is so impressive, particularly three quarters into the tune as the instruments stand still for Pike to step forward with a vocal solo that knits the number together so impressively, before the instrumental kicks in again with a lively finish. Another real highlight of this eye-catching record.

The penultimate track Give Me Something More ignites as we begin to unwind from our earlier excursions. Early signs are that we again see a very Blossoms-esque vibe from when the track bursts out of the starter blocks on the say so of the keyboard. The drum takes the baton followed by the strings that lead us into a pop-rock dimension shot from outer space. For me, the most distinct record on the EP standing off the Vue Du Monde beaten track. Extremely satisfying and engaging none the less as The Cheap Thrills remain insistent on the inclusion of a chorus that will reverberate in your mind until further notice. Keep Me In Check acts as the finale to this adventure of young love as The Cheap Thrills approach it from a different angle.

Previous tales of hope and excitement are replaced with a more regretful and brutally honest account of events. Despite the unfortunate change in circumstance, this track remains equally as poignant. Lyrically, it’s a masterpiece and tugs on all of the heart strings. Pike ponders “Are we in love or are we just actors? We’re looking for roles that we’ll never get cast in” and admits that it’s “no surprise that your dark eyes don’t shine no more for me”. As listeners, we act almost as flies on the wall in this anecdote of a relationship on the rocks, wincing intently as they try to right the previous wrongs. It wouldn’t be a Cheap Thrills number if there wasn’t a captivating instrumental post chorus and as ever these boys don’t let us down. The keyboard takes centre stage providing a melody to behold combined with the glorious back-in vocals that segment the track tremendously. Consider this a cliff hanger of a favoured box-set as we wait on eggshells for the next instalment.

What comes next however for The Cheap Thrills is a headline slot at the 02 Academy on 2nd November. The boys will be backed up by other exciting local artists The Jagz, The Sway & The Kairos. It promises to be a cracker as we approach the festive season. Ensure you put your Christmas shopping on the back burner for now though, that can wait. This can’t. Catch it and savour it while you have the chance.

The Cheap Thrills Vue du Monde EP is out now. You can stream it via Spotify & Apple Music or buy the Vinyl.