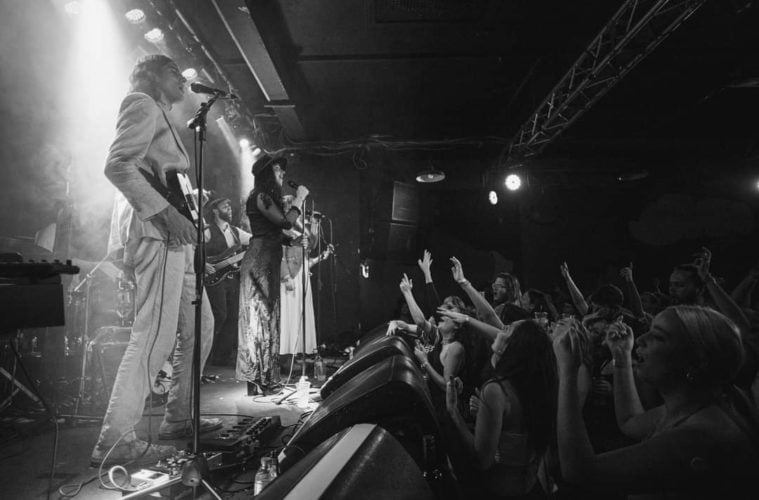 On a cold, rainy October night, it is tempting to not want to venture out, even to a gig. However, when the two bands performing are The Belgrave House Band and Sweet Beans and the venue is Future Yard, how could anyone resist?

Arriving at Future Yard, the familiar buzz of a live gig was in the air. People were sitting around and chatting, the bar was busy and the faintest hint of a sound check could be heard in the background. All of the things you take for granted when attending a gig are suddenly the things you never knew you missed so much now that live music is finally beginning to pick up again.

Opening the evening’s proceedings are Sweet Beans, who in their own words are a ‘riot-jazz, dark-funk, groove-punk’ four piece band formed in Liverpool. They are made up of Henry Atkinson on Drums, Josh Blackwell on Guitar, Miceál Sammon on Bass and Trombone and Adam Letman on Saxophone. They wordlessly enter the stage one at a time, the tension building as each new instrument kicks in, until they launch into the remainder of their first track ‘Stabs’. They have the audience in the palm of their hands, their sound and whole stage persona is electric. The fusion of typically orchestral instruments with funky guitar riffs and of course the thumping kick drum makes for a genre bending, eye watering set.

There is barely any time to react between songs, looking around the room, half of the audience are dancing, overcome by the music and the other half seem awestruck. This band is seriously talented, made up of four fantastic musicians who communicate effortlessly and have composed songs which are unexpected and brilliant; including El Pera, their debut single released in 2020 and one of the later songs in the set.

Sweet Beans definitely set the tone for the rest of the evening with their gripping performance and are well worth checking out live, you will not be disappointed! 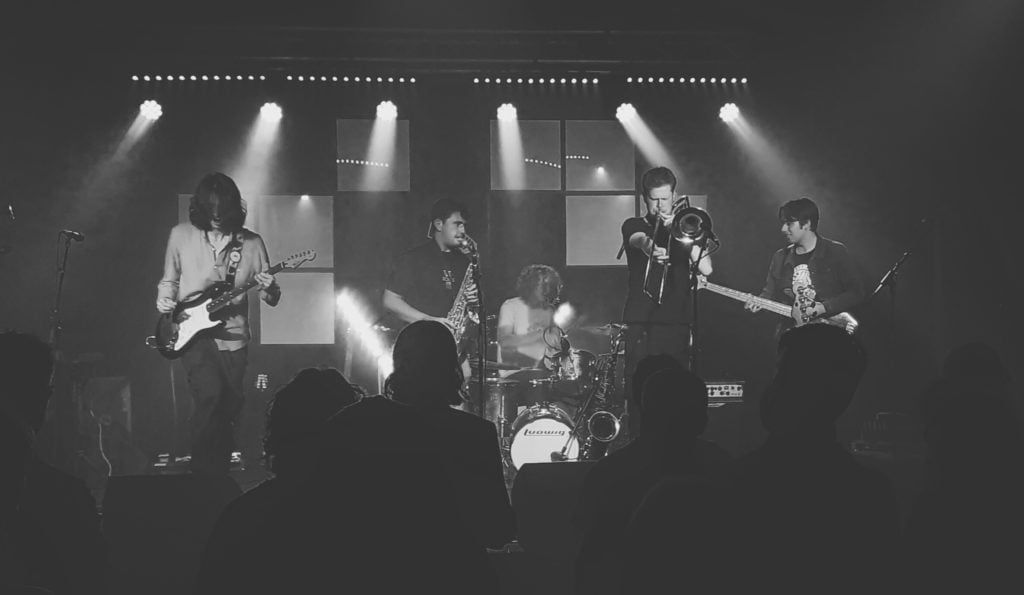 After a short intermission in which the audience needed to catch their breath, the headline act of the evening, the Belgrave House Band (feature image) took to the stage.

Hailing from Leeds, The Belgrave House Band represent the musical powerhouse that is Belgrave Music Hall & Canteen and are renowned for their energetic and impressive re-imaginations of classic albums. The theme for this gig was the well loved Rumours by Fleetwood Mac, a tough album to recreate but one which they did so well.

Launching into all of the best loved hits of the album such as Songbird, Go Your Own Way and Dreams, the band created a magical feeling, their sheer passion and dedication to doing the album justice was clear to see. They performed it beautifully, with each band member becoming one or another persona from Fleetwood Mac. Rebecca Herrington’s stunning performance of Songbird brought a new level of emotion to the evening, with just her and a piano on stage, it was all about the voice and what a voice she has! She conveyed the heartbreak and emotions of the song stunningly.

Again, looking around the room, the crowd were lost in the songs, each one being met with a cheer within the first few bars. Couples and friends were arm in arm singing every word back. This was heightened in the performance of Go Your Own Way led by Noiak Bedirian, the ultimate break up song and one which you cannot help but sing along to at full volume. The band really brought the magic of Rumours to life and put on a great show. I’m really excited to see which album to choose to perform next but if this performance was anything to go by, it will be brilliant!