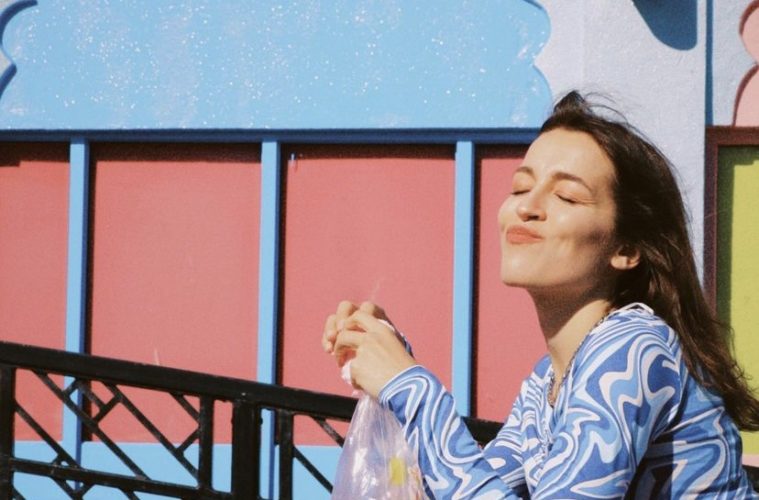 Fresh off the back of successful performances at Liverpool’s Sound City Festival and Florrie Fest supporting the magnificent Red Rum Club, Katy Alex has released her brilliant new single Maliblues, a dreamy, dance along track, but one which asks deeper questions about materialistic tendencies and the hollowness that can come with seeming to have it all.

Earlier this year, Alex released a six-track demo EP exclusively on SoundCloud and released two dance songs via Immersive Records and D4D4NCE respectively. She has had the busiest year of her career so far with a never ending stream of performances and releases and is now turning her attention solely to Maliblues, written with her new production partner, Alex Quinn.

Having recently signed a publishing and record deal, the idea for Maliblues was born in the most unlikely situation when Alex found herself heading to an LA mansion for a BBQ via a private jet. However, despite the obvious glitz and glamour of the situation, she found herself fighting feelings of sadness and homesickness. Reaching new levels of lyrical maturity with this song, it draws attention to a seemingly perfect exterior but also how fragile that can be and the darkness that is often just beneath the surface. Her vocals sound almost effortless, sitting subtly in the mix but adding an earthy tone to the track. Maliblues is littered with twinkling synth sounds and a pounding bass but beneath the exterior lie thoughtful and questioning lyrics. In the quietest of tones she sings “diamonds don’t fill holes in the heart”, bringing the attention back to the darker meaning of the track, rather than the sunshine filled sound.

Katy Alex is one of the brightest songwriters in the Merseyside music scene at the moment, her clever word play and penchant for catchy melodies will no doubt lead to great success. I am excited to see what she releases next.