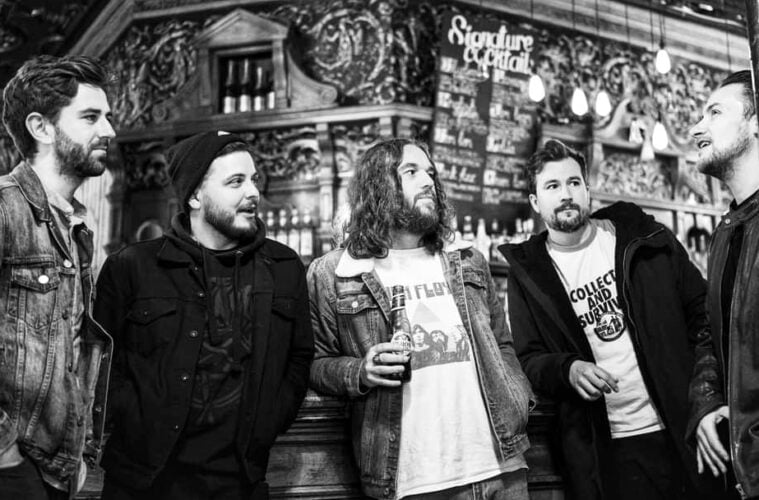 Having been on Liverpool’s music scene for around 4 years, five-piece garage/blues rock band The Heavy North have already been busy. Releasing their debut singles Don’t You Wait For Me and The Night Don’t Give No Love in November 2018 it was quickly followed by a host of live shows in Liverpool, Manchester, Leeds and Blackpool.

Once this had gained well-deserved traction, the band’s third single Some Good Lovin was released in June 2019 ahead of a festival debut at the Liverpool International Music Festival (LIMF) and a live session and interview on BBC Introducing Merseyside.

Following a sold-out headline show at Jimmy’s Liverpool in September 2019, The Heavy North released their fourth single As Long As You’re Here With Me in December 2019 and played a handful of shows supporting Temples, Saint Agnes and Cut Glass Kings on UK tour dates prior to the pandemic in March 2020. The Heavy North returned in May 2020 with the release of “absolutely stunning” breakthrough single Lying To Yourself.

In support of the Lying To Yourself release, the band played an exclusive lockdown session for BBC Radio Wales with the late Janice Long and were also recognised as the most-watched artist at the first ever Liverpool Digital Music Festival.

Their huge line-up consisting of Kenny Stuart (Lead Singer), Jose Ibanez (Guitarist/Producer), Andrew Horrocks (Bass Player), Ste Penn (Keyboard player), and Mark Rice (Drums) has paved the way for them to rack up an impressive amount of followers. We’re proud to bring you news of their latest release Satisfy You taken from the band’s upcoming debut album Electric Soul Machine.

On Christmas Day the band shared a private preview link to their upcoming debut album with those fans who pre-ordered the album on 12″ vinyl or CD.

“We wanted to give everyone who helped us make our album the opportunity to hear it before the release in March, and we received some great comments from people who were listening to our album on Christmas Day which was brilliant” said Kenny.

The scope of the 5 members means there’s a lot going on in what appears to be a classic heavy-leaning rock track. The chugging guitar riff with bold chorus chords flows into a guitar solo that would melt the face of anyone within a 100 metre radius. A catchy chorus coupled with a powerful ending polishes off a perfect festival anthem. With any luck their album will be full of the same!

Their dedication to their followers is truly fantastic to see, and with an entire album in the pipeline it’s perfectly timed for a return to festival slots for the lads. Having already performed the likes of LIMF in the outdoor stages, it seems an ideal setting for them to thrive and build on their fantastic career so far.

Stream Satisfy You now and pre-download their limited edition album, or just give them a follow on social media to keep track @theheavynorth.