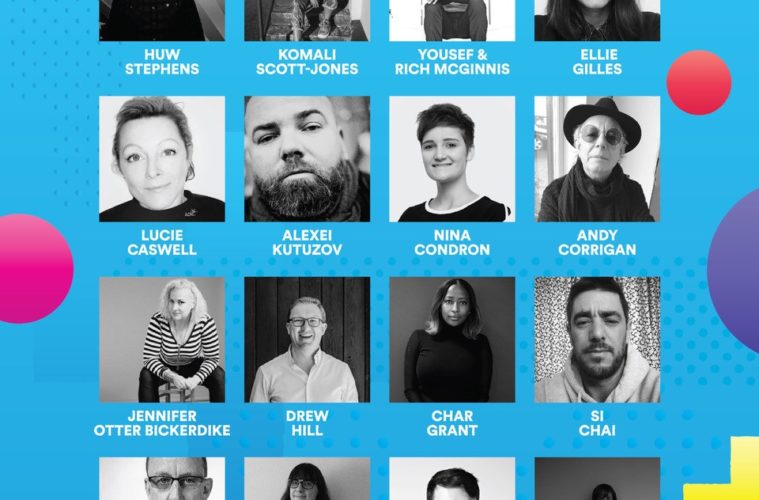 Sound City+ is returning to Liverpool, offering insight into the biggest secrets and debates in the world of music with events taking place across the whole festival weekend.

Launching on Friday 3rd May at the British Music Experience then over the weekend across the Baltic Triangle, the award-winning conference will offer a chance for musicians, industry professionals or anyone with an interest in the music business to get stuck into the big issues and observe some special one-off interviews. Sound City+ also gives attendees the chance to speak in person with the industry’s key players in unique 1-2-1 sessions. As a Keychange Festival and Conference, Sound City+ are excited to be working with #SheSaidSo, a global network of women who work in the music industry. Their vision is to create an environment that supports collaboration, creativity and positive values.

Arriving at this year’s Sound City conference is the BBC’s pioneer for emerging artists, Huw Stephens. In his 20-year career on BBC radio, he has established himself as a champion for the next big thing. In the intimate setting of the BME, Huw will talk through his vibrant career and shed light on how young artists can get their music heard. Drummer, activist and animator Dave Rowntree made his name in the heart of the 90’s Brit-pop craze as the drummer and co-founder of Blur. He will cover the ups and downs of playing in one of the UK’s biggest bands, the need for activism in music, and how his broad career has led to him filming with Slaves, hosting his own show on Radio X and directing an animation comedy on Channel 4.  And in a unique two-way interview between two of the key figures in Liverpool’s club scene, Yousef and Rich McGinnis will explore the other side of midnight and discuss the rise of Circus, how to build a successful club night, and how the roles of performer and promoter are forever intertwined.

Panels include Touring the Asian Music Circuit discussing how to enter and break a market where the rules are vastly different to the West, and Women in A&R: How the Game has Changed, looks at how the role of A&R has significantly changed in the past 20 years, Brexit: The Realities for the Music Business uncovers the potential hurdles faced as an industry and how to protect the vibrant UK music scene, featuring Lucie Caswell who heads up the featured Artists Coalition, acting as collective voice for the artist community within the music industry and to government, and Big Life Management’s Kat Kennedy who looks after We Are Scientists, To Kill A King, Lazy Day and Suns Up.  Head of Sky Music’s Peter Bradbury and Nicky Bignell, the Head of Music Licensing (BBC), will offer a unique opportunity for artists to submit their tracks and have top broadcasters and sync agents pick their favourite to listen and critic live at The Gatekeepers of Sync, and PPL and PRS for Music present Get Played, Get Paid! Making Money From Your Music analyses how revenue flows back through to the artist featuring insight from an artist who is currently fulfilling the dream, along with practical advice from PRS for Music and PPL experts.

Special guest panellists include senior A&R at BMG Char Grant who nurtures songwriters, producers and artists, whilst platinum selling A&R Adele White signed 3-million selling Not3s with hits such as “MY Lover” and Unknown T’s “Homerton B”, the first drill song to sell over 150,000 and to be added to BBC Radio 1.  Komali Scott Jones is currently an A&R at Parlophone Records and Ellie Giles has dedicated herself to management of artists and producers with Step Music management. Eve Fairley-Chickwe A&R manager at AWAL and Kobalt Publishing. Further guests include Meli Posch (Danube Island Festival), Mirca Lotz, (musicbywomen/Waves) and Nina Condron (Horus) on the Touring Asia Panel.

How New Models Can Support Development looks at how digital music has radically changed the way music is consumed and the Spotify Presents: Artist Masterclass provides artists and their teams with the knowledge, tools and best practices to help raise profile and really find an audience on Spotify. Then there’s an interactive workshop with BBC Introducing DJ and MC/Rapper VITAL at SongWriting Workshop with Vital; Trashed TV want people to experience – up close and personal – anecdotes and insights from a variety of special guest interviews with some fun and games; and the Bands FC Exhibition digs right down to the roots of the symbolism hidden in every logo and crest.

Sound City+ will run over 3 days with exclusive delegates only access to secret artist sessions, Interviews, drinks receptions, delegates only lounge and networking events plus much more. Tickets available at  www.plus.soundcity.uk.com