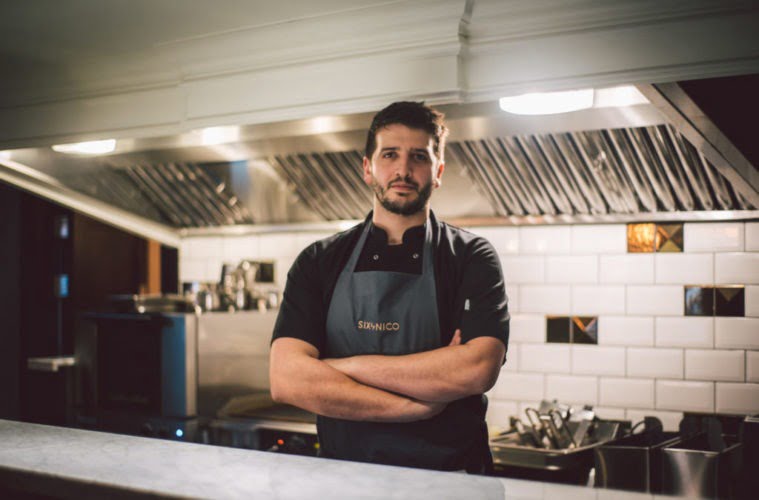 Renowned Scottish-Italian chef, Nico Simeone, has announced he is set to introduce his Six by Nico restaurant to Liverpool.

Pioneering a revolving culinary hub, every six weeks,  Nico and his team will re-invent the dining experience – serving a brand new six-course tasting-menu – each one themed upon a different place, memory or idea. Drawing inspiration from both at home and abroad, such as the street markets of the Middle East to a journey across Route 66 in America, Nico and his team will combine different ingredients, flavours, and dishes, to bring memories and stories creating a brand new dining experience every 6 weeks.

After successfully launching the first of his restaurants in England earlier this year, ‘Six by Nico Liverpool’ will be the sixth addition to the growing restaurant brand’s portfolio, bringing Nico’s conceptual restaurant idea to Merseyside for the first time.

With award winning venues including ‘111 by Nico’ and ‘Six by Nico’ already well embedded in Scotland, Northern Ireland and Manchester’s restaurant scene, the new site in Liverpool will be Nico’s second site in England.

The 345 square metre venue on St Johns Street, formerly La Vina, will house a 90-cover restaurant including a dedicated wine and spirits bar and will offer the very best of beautifully sourced produce.

Using food as a narrative, each menu will tell a different story, taking guests on a new and exciting journey each time they visit. Each new chapter will be kept a surprise and new menus will remain secret and published two-weeks prior to the next theme.

Chef Nico Simeone said, “We are very excited to bring an unforgettable culinary experience to Liverpool. It was the obvious choice when looking for next site thanks to its thriving food and drink scene.”

“Since we opened in Manchester earlier this year we have had an overwhelming amount of support, with guests travelling from all over the North West to try each of our menus. We couldn’t be more delighted about bringing a completely new offering and dining experience to the people of Liverpool next”.

The Six by Nico concept was born in Glasgow in 2017 from a passion of experimenting with new ingredients and developing and creating unique dishes.

Six by Nico Liverpool promises to be as eye catching as it is delicious. It will boast a minimal design, starkly contrasted by grand fixtures and fittings with atmospheric mood lighting. The restaurant will feature a modern design open kitchen on view to all.

Nico added,  “Combining our focus on food and design, we love to create lifestyle dining environments that are dynamic yet relaxed – spaces customers love to dine in”.

Serverino designs and creative partners blk 29 have been appointed by the team to develop the new Merseyside restaurant and work is currently underway at the former Spanish tapas restaurant site at 11-15 North John Street, Liverpool. Six by Nico Liverpool plan to create 40 new jobs as they expand their restaurant portfolio across the UK and Ireland.

The creative and ever-evolving six course set menu, will be priced at £29 per person to match the brands Glasgow, Edinburgh, Belfast and Manchester counterparts.

Six by Nico Liverpool on North St John Street will open its doors in November 2019, becoming the latest addition to the city’s burgeoning restaurant and bar scene. From creative menu concepts to outstanding food and service, the venue will aim to become an immediate hit with the people of Merseyside.

For more information about the Six by Nico restaurant visit https://www.facebook.com/Sixbynicoliverpool/