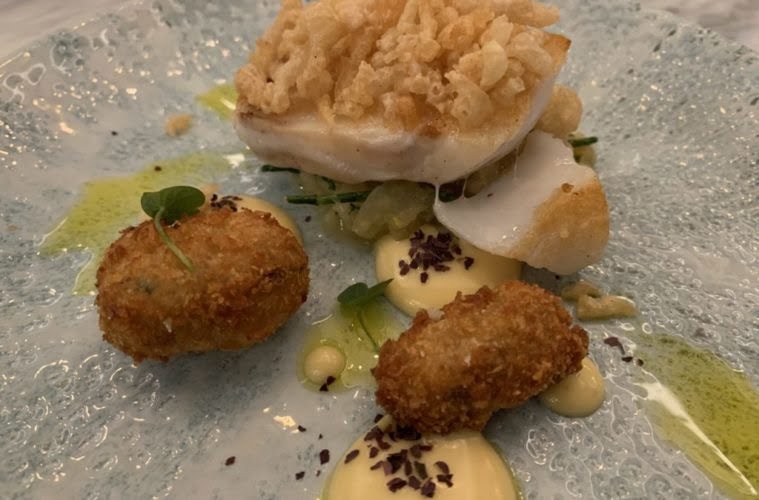 Six By Nico Liverpool opens this week and we were lucky enough to be invited down to try their six-course gastronomical journey!

Six by Nico, the brainchild of renowned Scottish-Italian chef Nico Simeone announced last week that the first menu theme will be ‘The Chippie’. Diners will be treated to a completely new six course menu every six weeks, at the same location on North John Street with the first concept themed around the local chip shop. 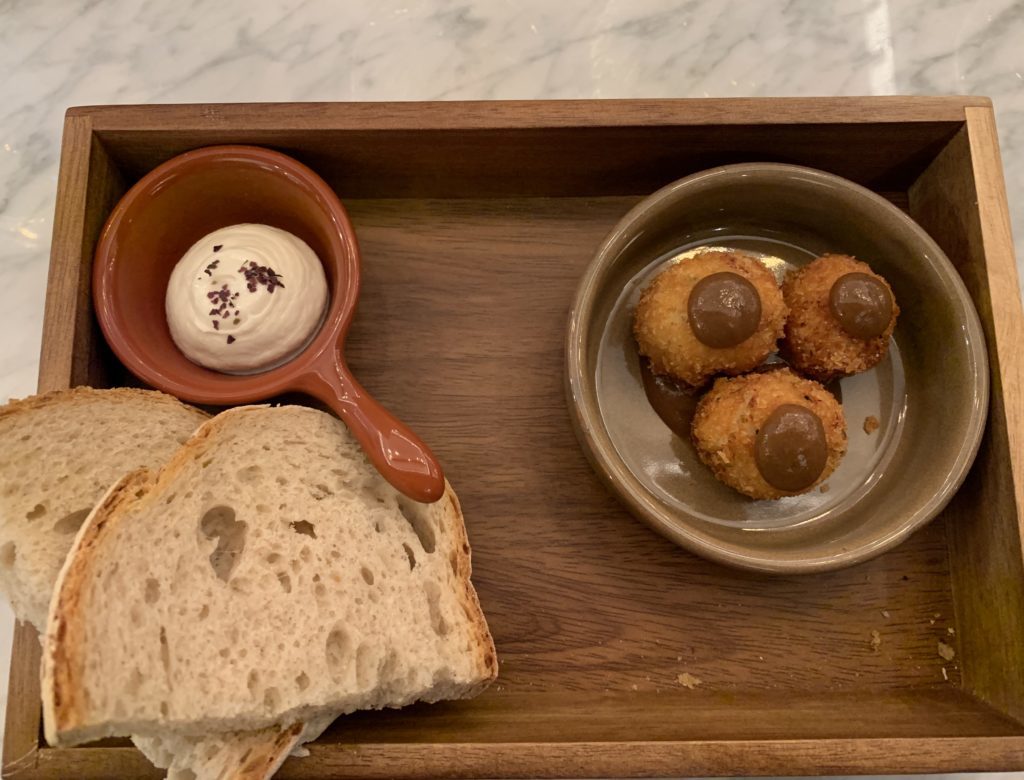 A nostalgic nod to the past, the six dishes on ‘The Chippie’ menu are based on the classics found in a traditional ‘Fish & Chip’ shop, re-imagined and re-created with a contemporary twist.  To say we were excited to try this menu for ourselves was a massive understatement.

As we took our seats in the sophisticated and stylish new restaurant we were served our Aperitif, the ‘Seaside 75’ which consisted of Earl Grey, Lemon, Prosecco, Samphire and Sherbet. It was refreshing and set us up for the snack of Brandade Croquettes served with brown sauce, sourdough bread and taramasalata.

The first course, Chips & Cheese, consists of a salt and vinegar potato croquette with a hint of curry oil and a rich and very cheesy Parmesan sauce. The Scampi course is a deep-fried battered monkfish cheek sat on a mushy pea emulsion with pea gel, herb butter sauce and gribiche. So far, so very good! 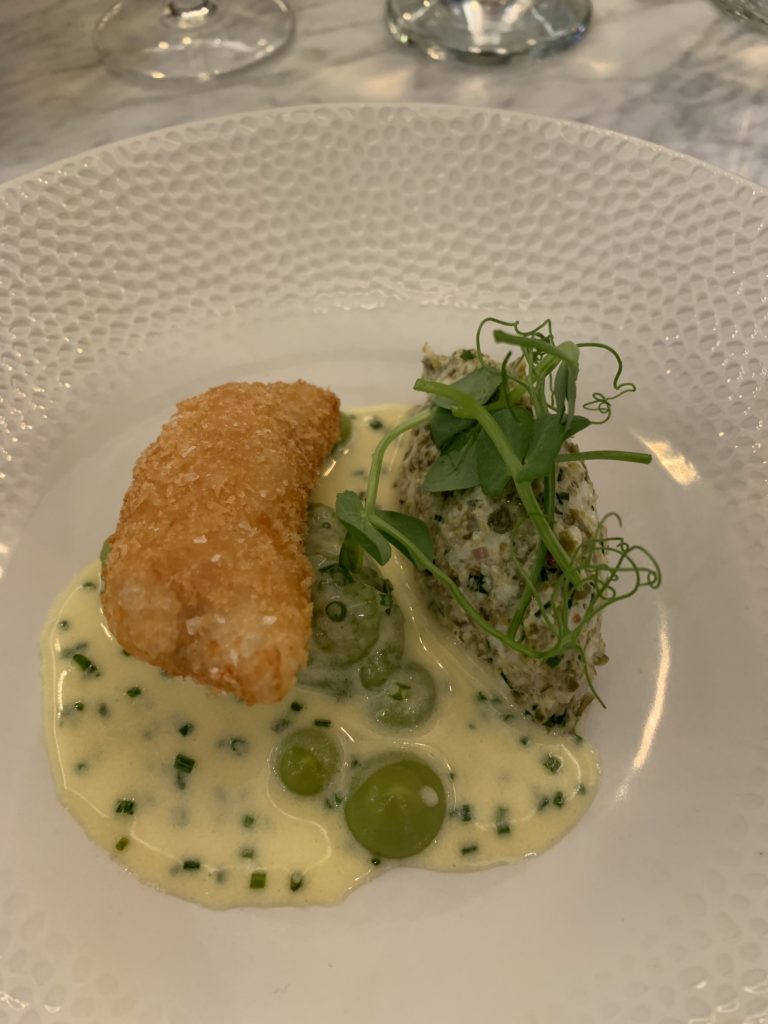 Up next was the ‘Steak Pie’ which set the bar even higher – slow-cooked beef shin, burnt onion ketchup, mushroom duxelle and fresh mushrooms was fantastic. It was closely followed by the ‘Fish Supper’ which arrived as a beautiful cod fillet alongside confit fennel, samphire, beer pickled mussels and brandade. Just when we thought it couldn’t get much better the ‘Smoked Sausage’ blew us away. Theatrically presented as the servers removed the smoky glass dome to reveal the pork belly, salt baked celeriac, caramelised apple and black pudding. 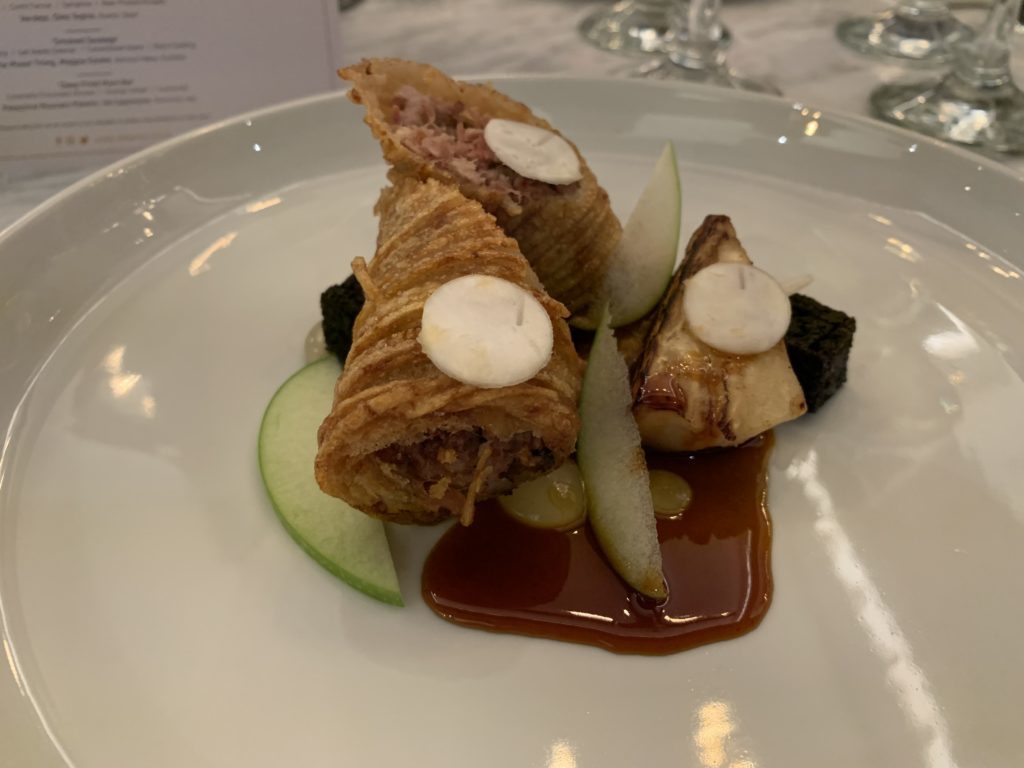 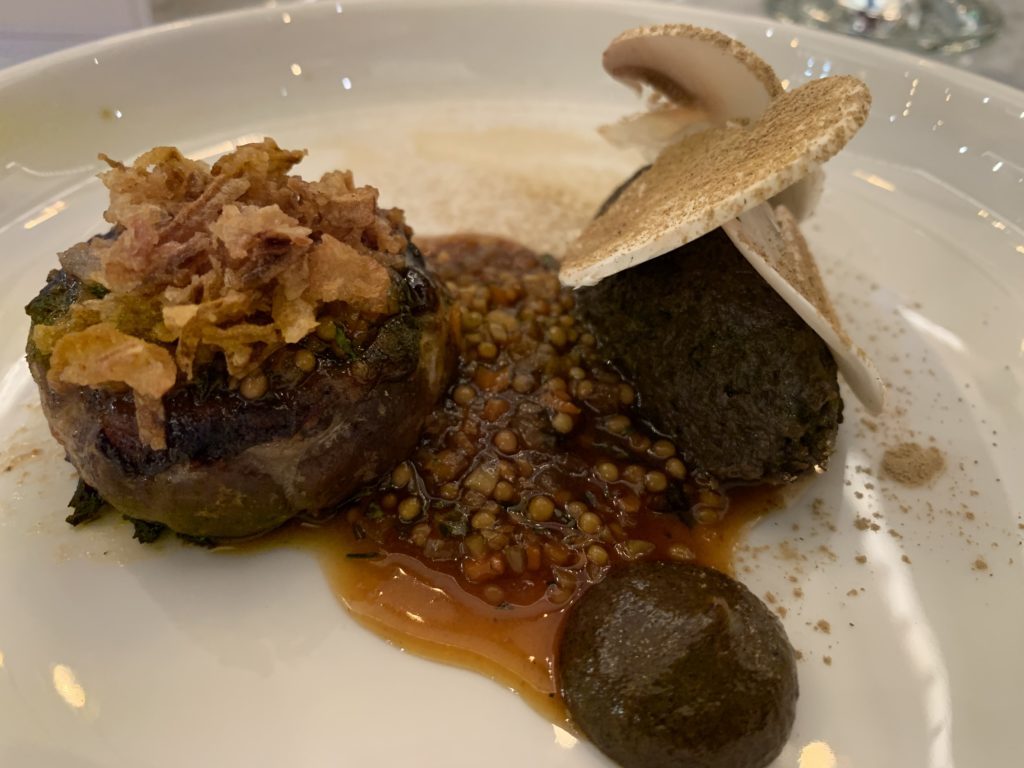 We were in agreement that the ‘Smoked Sausage’ was the stand out dish in what was an amazing first five courses. However, there was still just enough room for the dessert course of ‘Deep Fried Mars Bar’ and as someone who has never experienced a deep fried mars bar, it was a big moment! It goes without saying that this was a sophisticated twist on the the chip shop favourite, served with caramelia chocolate mousse, aerated orange chocolate, orange sorbet and cocoa nib. It was deliciously sweet and balanced perfectly with the sorbet to keep it light and refreshing. 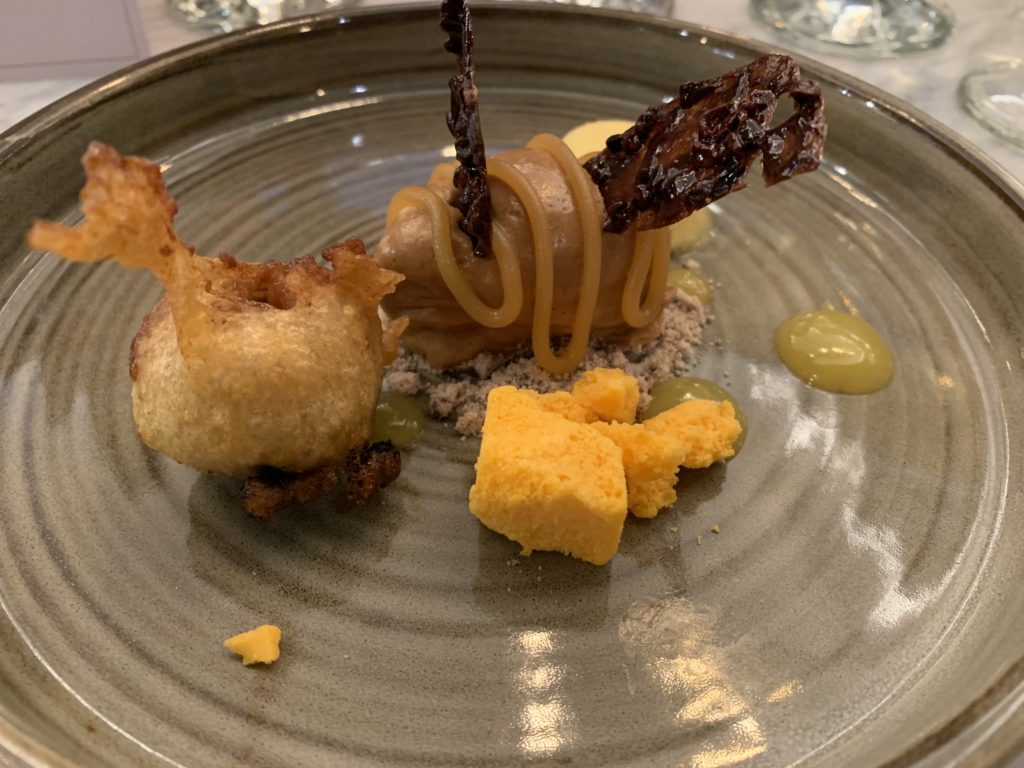 The six-course menu is £29 per person and diners will have the option to enjoy an expertly selected wine pairing for an additional £26.   We would recommend this as the pairings were spot on…you don’t need to be a wine expert to appreciate the flavour matchings and combinations.

Six By Nico is bringing an amazing dining experience to Liverpool which is fine dining at an affordable price. We urge you to get yourself booked in asap.

To find out more and to book a table at Six By Nico Liverpool visit sixbynico.co.uk/liverpool/booking/