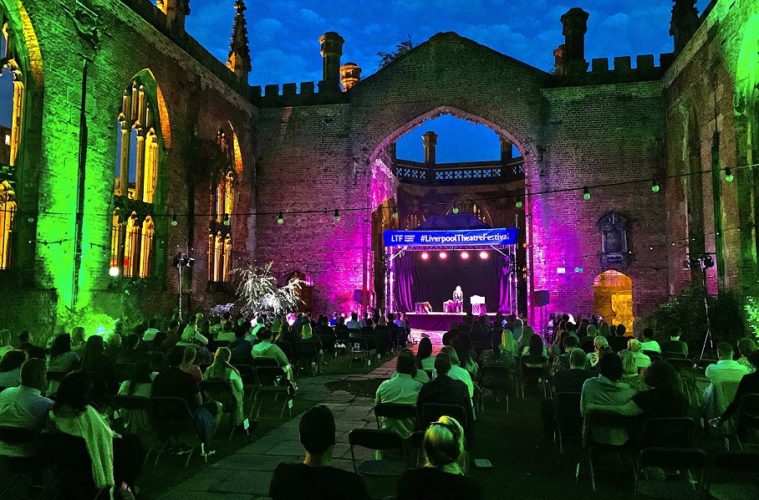 EditorAugust 23, 2021
Theatre in LiverpoolThings to do in Liverpool0 Comments 07 min read

Liverpool Theatre Festival returns in September – and organisers are counting down to opening night by revealing the final programme which includes a further three shows and exciting cast announcements.

After huge success during its inaugural year, the event has been expanded for 2021. A new seven-day Little LTF event to champion and showcase new works and talent was staged in July, attracting 1,200 festivalgoers. Now the countdown is on to the main 12-day festival next month.

Liverpool Theatre Festival runs between Wednesday 1 September and Sunday 12 September 2021, and is once again being staged at St Luke’s Bombed Out Church in Liverpool city centre.

Now added to the programme are shows Perfectly Frank, Twice Nightly and Swan Song, with cast announcements for 2Gorgeous4U, Everybody’s Talking About Musicals, Boing…Meow! The Musical, and Broken Biscuits. Tickets are on sale for all shows.

Perfectly Frank is on Thursday 2 September at 7.30pm. The show runs for two hours 20 minutes, tickets are £20. David Knopov keeps the swing of Sinatra alive through his show, Perfectly Frank. Seen on BBC’s The One And Only, the show is believed to be one of the most successful Frank Sinatra tributes around. Liverpool’s David Knopov has entertained a global audience with his Sinatra act for more than 30 years – including a performance for Queen Elizabeth II during the Golden Jubilee celebrations. Celebrity fans also include actors Bill Nighy and Dawn French.

Twice Nightly is on Tuesday 7 September at 7.30pm. The show runs for 70 minutes, tickets are £16.50. Billed as a highlight of Little LTF new works festival in July, Twice Nightly is back for the main festival. Organisers and critics were so impressed by the quality of writing and story of the show, highlighting Liverpool’s lost theatres of the 1930s, and felt the production has real potential and needed to be seen by LTF audiences. The show is written, stars and is directed by Michael Alan Bailey and Maria Lovely. Roy Carruthers and the voice of Eithne Brown also feature, with music and original score by Jessica Dives. It’s 1931 and variety is the spice of life. Liverpool’s theatres are sizzling with the hottest music hall acts of the day. Song and dance double act Don and Madge are living the sweet life, until things turn sour. A night they can’t remember finds them in hot water.

Swan Song is on Wednesday 8 September at 7.30pm. The show runs for 70 minutes, tickets are £20. After a hugely successful premiere at last year’s Liverpool Theatre Festival, Swan Song is back where it all began due to popular demand. The one-man comedy play is written by multi award winning Jonathan Harvey, stars Liverpool television and stage actor Andrew Lancel, and is directed by BAFTA award winning Noreen Kershaw. It is Liverpool 1997, the world is changing and in the staff room, and gay 40-something English teacher Dave Titswell finds that not all change is welcome. He has a crush, but life, love, and work are never straight-forward for Dave. Jonathan Harvey adapted the play specially for Liverpool Theatre Festival for Andrew Lancel to play the solo role. After a successful tour of the North West of England, it’s back in Liverpool. 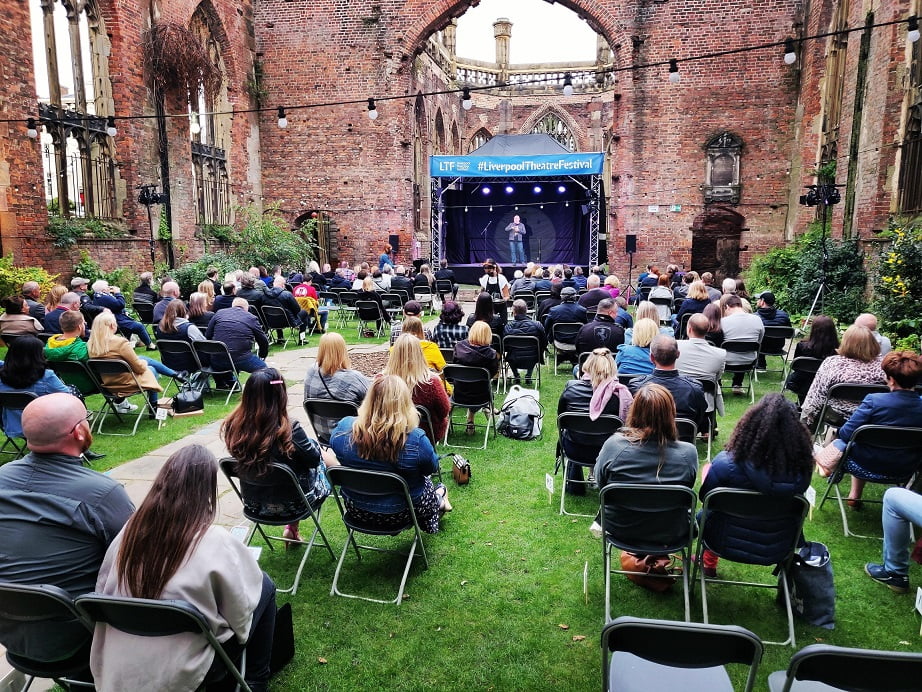 Festival organisers are also delighted to announce a number of exciting cast updates.

One-woman comedy show 2Gorgeous4U – From Ladette To Laundrette opens the festival on Wednesday 1 September, with performances at 5pm and 8pm. Packed with laughter, throw backs to the Nineties, and a soundtrack guaranteed to bring back memories of the decade featuring Queen Latifa, Blur, Gabrielle, and KKlass. Written by acclaimed Liverpool playwright Mark Davies Markham, the production stars Lynne Fitzgerald (Two, Bunty The Bouncer, The Desperate Scousewives), with James Baker directing (Jerry Springer The Opera, Yank). Clare is a beautician with her own spa and treatment room in Waterloo. Back in the Britpop 1990s, Clare was one half of a pop duo 2Gorgeous4U with her best mate Tina, but they fell out. Audiences are invited to find out what happens when they’re asked to reform for a music festival in their hometown of Liverpool.

Vibrant and electrifying show Everybody’s Talking About Musicals is on Saturday 4September 2021, with performances at 6pm and 8.30pm. The cast has been announced as Marcus Collins (X Factor, Hairspray, Kinky Boots), Chloe Taylor (Mamma Mia, A Midsummer Night’s Dream, Wicked), Craig Ryder (Bat Out Of Hell, We Will Rock You, Priscilla Queen Of The Desert), and Gillian Hardie (Blood Brothers, Bad Girls The Musical, Macbeth), joined by an ensemble cast from Liverpool Theatre School. Pearson Theatre Productions and Curtis Productions collaborate for the first time to present this fabulous night of musical theatre with performances from West End shows such as Kinky Boots, SIX The Musical, Mamma Mia, and &Juliet.

A treat for youngsters is Boing…Meow! The Musical on Sunday 5 September at 11.30am. This musical adaptation of new children’s book Boing…Meow! comes from Asa Murphy, the writer of The Monkey With No Bum book and stage production, which was recently premiered at Little LTF. Sam Conlon will play Auntie May, with Asa Murphy making an appearance playing the rap cat, Moggy D. Stanley is a cat, and this is his story searching for the perfect place to sleep. There is nothing in this world that Auntie May loves more than her ginger cat Stanley – but like all cats, Stanley loves to go wondering around the local neighbourhood looking for the best and most comfortable place to have his afternoon nap.

The cast has been revealed for Broken Biscuits on Friday 10 September 2021, performances are at 6pm and 8.30pm. Catherine Rice plays Maggie, with Leanne Martin as Rita, and Louise Garcia as Molly. Rita and Maggie were lifelong friends until a devastating tragedy shattered both their lives and their friendship, with emotions high things may be taking a turn for the worst. Friendship, love, laughter, sadness, and hope are all at the centre of this touching story. Broken Biscuits is returning to the stage after sell-out performances around Liverpool theatres and Edinburgh Festival Fringe.

The festival will adhere to any Covid-19 and Government guidelines required at the time.