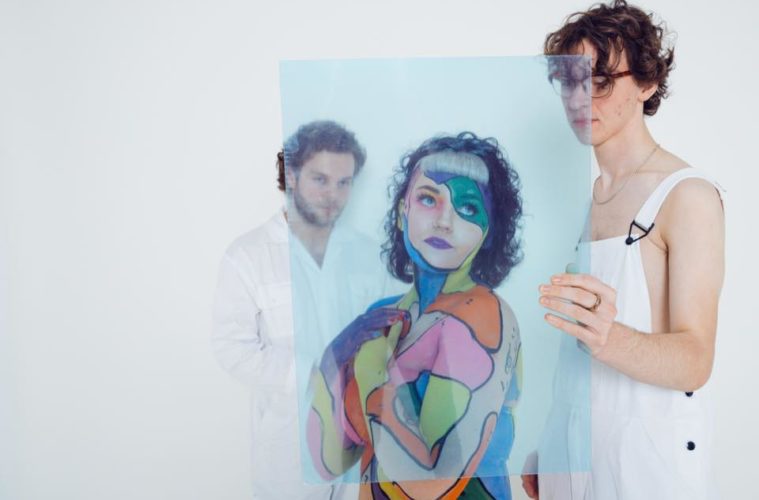 Paint Me In Colour are on the scene! With a musical project and journey spanning around 3 years in the making, it’s no surprise that their ready-to-go package is a hit. Fresh off the back of their last release ‘Feel It’ back in January, it’s straight back to it for this plucky trio with their newest single ‘1968′.

After a couple of years recording, honing their musicality and laying the framework for the future in their rehearsal room in Liverpool, they’ve certainly made waves since their beginnings.

Their newest output gives us a sense of where their musical inspirations have guided their hand in the songwriting; David Bowie, Aretha Franklin and Pink Floyd, who are undoubtedly among the biggest names in musical history. With that in mind, and with the quality of songs they’re able to release, that if these names are at the heart of this groups’ visions and approaches, it’s hard to steer wrong!

With ‘1968′, the catchy opening guitar riff lifts it into that realm of feel-good indie pop. As the front woman of the band, Olivia Springer’s voice rightfully pops out of the track where she moulds her voice well for the varying elements within the song’s 4 minute journey. The drums’ introduction shows us that bigger, looser sound reminiscent of the Floyd days protruding through into the more modern overall sound, giving a roundedness to the track.

On 27 March they’ll be headlining over in EBGBS Basement to showcase some more of that era-spanning goodness. Make sure to get yourselves down!

To find out more about Paint Me In Colour visit https://www.facebook.com/paintmeincolour/