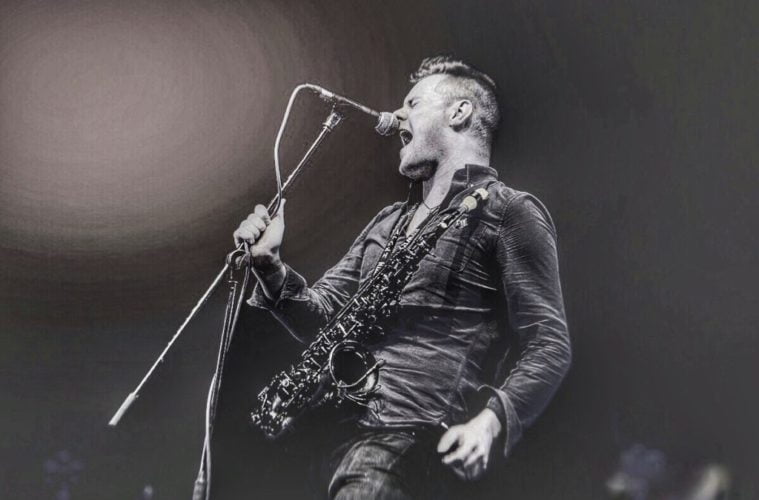 Flush from his success of his debut album, the sublime “Daffodils In Angell Town” the gig-machine that is Edwin Pope aka “Mutant Vinyl” bestrode the stage like a prize fighter, a musical Raging Bull. The Mutant Vinyl live show is very much about the sonic experience, with beats drenching he atmosphere, lyrics sharpened to a political point, and virtuoso sax playing from the man himself.

In fact, it’s pretty exhausting for all concerned, as the crowd move to the groove, so much so that one guy is invited on stage to throw his shapes…This is an invitation that he enthusiastically embraces, shadow boxing to Pope’s Lamotta, industrial pressing his own personality onto the music. The joyous experience is also conveyed by promoter Zac Langford – Do, darting about, mane flowing, guitar lines adding to the frenzy….And all the while Pope keeps the experience at fever pitch, orchestrating events like a shaman.

The six song set is over all too soon, and the audience along with Mutant Vinyl can ease off and reset. Pope’s greatest achievement — up to now — is to marry the sheer musical brilliance with his vibrant, energetic stage presence. His music captures every mood possible, and enriches. A new release is planned at the end of November. Christmas just came early…

To find out more about Mutant Vinyl visit https://www.facebook.com/mutantvinyl/