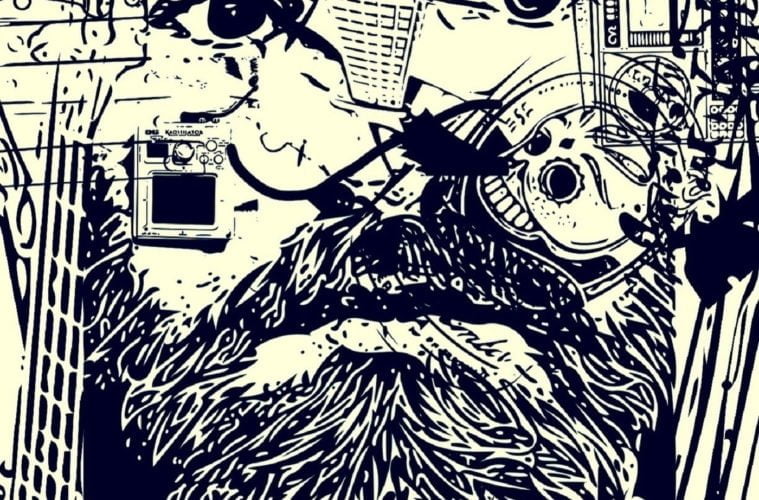 Michael Petyt, a singer songwriter from the North East of England, has called Liverpool home for last fifteen years and is bringing his love for Alternative Folk Rock to the Liverpool music scene. After releasing his single “This is Goodbye”, Petyt has been working on an album to accompany the folk track and is set to take his music to the stages of Liverpool in 2019. We caught up with Petyt to find out a bit more of what to expect in the new year.

Liverpool Noise: Who are your musical influences? What music inspires you?
Michael Petyt: There are so many genres that inspire me, but I guess Folk and Country is what inspires me the most with the story telling. The list could go on forever, but artists like Bob Dylan, Richard Thompson, Nick Cave & The Bad Seeds, Tom Waits, Johnny Cash, Sigur Ros, Explosions in the Sky and The Flaming Lips all inspire me. I think my style overall would fit into the Alternative Folk Rock genre if that existed, but there’s definitely elements of Country and Blues to it too. I love the way there are no rules in music if you don’t want there to be.

Liverpool Noise: Where do you find inspiration for your song writing?
Michael Petyt: I rarely sit down to write a specific type of song with a specific theme, If I do, it’s a historical event or person I write about but I don’t always know what the song is about until I’ve listened to it quite a few times. I guess it’s kind of a stream of conscious process in some respects.

Liverpool Noise: You’ve recently released your single, “This is Goodbye”, what was the thought process behind this track?
Michael Petyt: There was no deliberate inspiration at the time, but listening back I suppose it came from feeling homesick, a sense of mortality and past demons. I guess it’s kind of trying to make sense of stuff in some strange way.

Liverpool Noise: Aside from the single, is there an album or EP in the works?
Michael Petyt: Yes, I’m currently recording an album. I’m using all the recordings that I have made over the last 15 years, taking the vocals, guitar, bass and drum loops and adding to them, harmonising with my younger self and merging older ideas with new ones. It’s a little off completion but I’m hoping to get a new single out soon.

Liverpool Noise:When can we see your music on the stage in Liverpool?
Michael Petyt: I’m hoping to start playing some gigs in the new year, so watch out for those.

Head over to Michael’s SoundCloud to check out his latest single and other tracks:
https://soundcloud.com/michael-st-michael/tracks

You can also listen to This Is Goodbye and Gold of the Gods over on Spotify: https://open.spotify.com/artist/5AX0RQ2RH68vVyYlJkvWK2