Over the decades, Egypt has seldom been known for emigration. Today, there are large populations of Egyptians in the US and Gulf nations, but the Egyptian diaspora didn’t spread to the UK in a major way. Even so, Great Britain and Egypt have long held ties, particularly in the fields of archaeology, with interest in the nation certainly being at its prime in the city of Liverpool.

Given that data from ONS only finds that around 25,000 people in the UK hail from Egypt – good for 42nd among non-British populations in the 2020-21 data – it might seem strange that we hold such close ties to Egypt. A few key aspects play into this, including pop culture, historical discoveries, and, of course, the city’s love of football.

The Premier League has played host to 13 Egyptian players in its history, from Hossam Ghaly entering the league in 2006 all the way to Mahmoud Trezeguet debuting for Aston Villa in 2019. Even though we’ve seen Mido carry teams on his back and Amr Zaki pull off the spectacular, it’s Mohamed Salah who has made the biggest impact on the sport for his country in the UK.

Being Liverpool’s star player, it makes sense that the city has become even more infatuated with Egypt since Salah turned up in 2017. Still, Liverpool’s Egyptian ties go far beyond the football pitch – even though the sport is a big factor. Here, we’re exploring these ties and points of interest that fuel such interest in the faraway nation of North Africa.

Historically, Great Britain has long been obsessed with the secrets of ancient Egypt. So, in modern times, it makes sense that contemporary entertainment products embodying the era have become so popular over here. We can look to classic movies from across the pond, like The Mummy and The Mummy Returns, to more recent creations along the lines of Assassin’s Creed Origins and Moon Knight.

The place where the ancient Egyptian theme is at its most prolific in modern entertainment, however, is at the online casino Betway hosts. Mask of Amun, Cairo, Ark of Ra, Lara Croft: Temples and Tombs, Wild Link Cleopatra, and Reel of Riches are the most popular titles that sit among the Top Games. These only represent the tip of the iceberg when it comes to Egyptian slots, though.

Less than an hour to the north, in Southport, there’s even more fun to be had in the realms of ancient Egypt. The Egyptology museum at The Atkinson puts you through a life-like experience of what it would have been like under the rule of the Pharaohs. Making the most of interactive displays, jigsaw walls, and x-rays, the Discover Ancient Egypt experience remains very popular and is free to enter.

Being a central part of the Arabic world, Egyptian culture and its artists often take centre stage in events that celebrate Arabic art and people. Every year, the Liverpool Arab Arts Festival puts together a diverse programme of music, dance, poetry, story-telling, and photography exhibits and performances for everyone to enjoy. The 2022 edition of LAAF was packed and proved very popular. For Egyptian talent specifically, writers Mansoura Ez-Eldin and Ahmed El-Fakharany headlined 8 July this year.

A fine collection of the ancient world

As you’d likely assume, Liverpool’s deepest connection to Egypt is through Egyptology. Many great Egyptologists hail from Liverpool, including Walter Bryan Emery, who excavated the X-Group of tombs as well as those at Saqqara. Joining Emery is Barry John Kemp, who has written several core texts on Egyptology, and Thomas Eric Peet, who ran excavations for the Egypt Exploration Fund. Today, you can find a huge range of ancient Egyptian artefacts at the World Museum on William Brown Street.

Impossible to overlook the football connection

Obviously, football is huge in Liverpool, and thanks to pre-Premier League dominance and the revival under Jurgen Klopp, The Reds are a colossal club on the global stage. Undoubtedly, the city’s biggest fan park in Sefton Park, will be teeming with Liverpool fans and football fans in general for the 2022 FIFA World Cup. While he won’t be attending the showpiece event, Salah is a huge reason why Liverpool’s support has grown.

Not only have Salah’s performances brought silverware back to Anfield, but as the best player from Egypt, he’s also increased the club’s profile in his home country. The supporters’ club OLSC became official in 2012/13, but with Salah at the club, membership has grown tremendously. The club has visited Anfield and followed Liverpool to the Champions League Final, with 1,000 travelling for the game in Madrid.

Liverpool has a surprising connection to Egypt, from its grand ancient civilisations to modern sporting success. 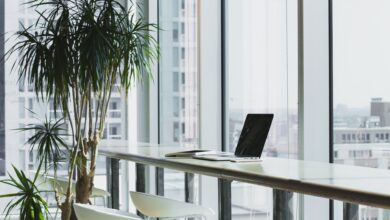 Meet The Creator of OJUNI, The Lifestyle Brand Centred Around Video Game Culture 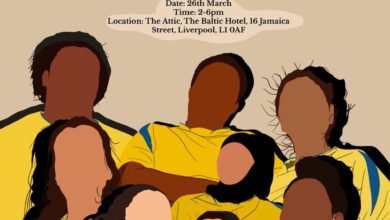