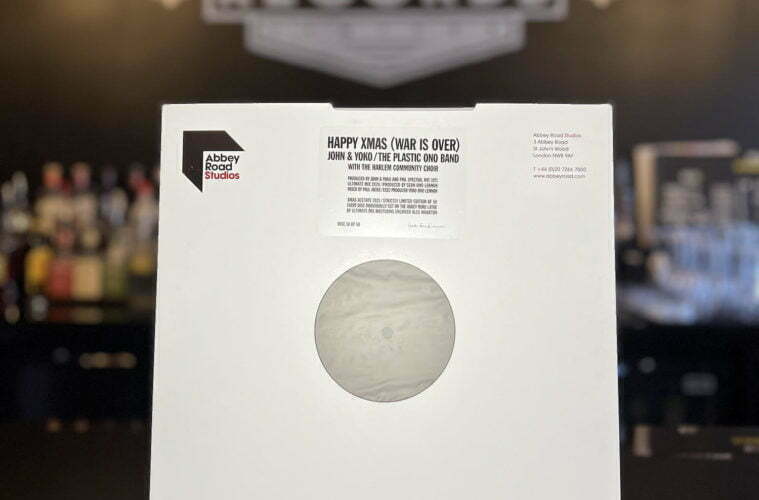 Jacaranda Records has launched an amazing prize draw where you can win their rare and collectible John Lennon Happy Xmas vinyl, hand pressed at Abbey Rd and gifted to us by Sean Ono Lennon and Yoko, 1 of only 50 in the world.

They have limited the number of entrants to 5000, to make this an opportunity for anyone entering to have a real chance of winning this coveted item. Click on the link or visit any of our social media accounts for The Jacaranda Club, Phase One Liverpool and The Jacaranda Record Store to access the link to enter. It could be the best £10 you ever spend.

Proceeds from the prize draw will be used to record an album with 10 previously unrecorded bands who have played the stage of The Jacaranda Club, to reinforce the company’s ethos of being an advocate for grassroots music in the city and nationally.

As an added bonus every entrant will receive a 10% discount for the record store to get their hands on lots of tasty vinyl, although none of that is likely to be as rare as Happy Xmas(War is Over).

The draw has been launched to coincide with the reopening of their 40 Seel St location which houses the Jacaranda Record Store and Phase One bar. The sited has previously presented the likes of Feeder, Pete Doherty and The Puta Madres, and Newton Faulkner as well as local Liverpool talent Circa Waves, Red Rum Club, Bill Ryder Jones, Queen Zee and ZuZu to name but a very few.