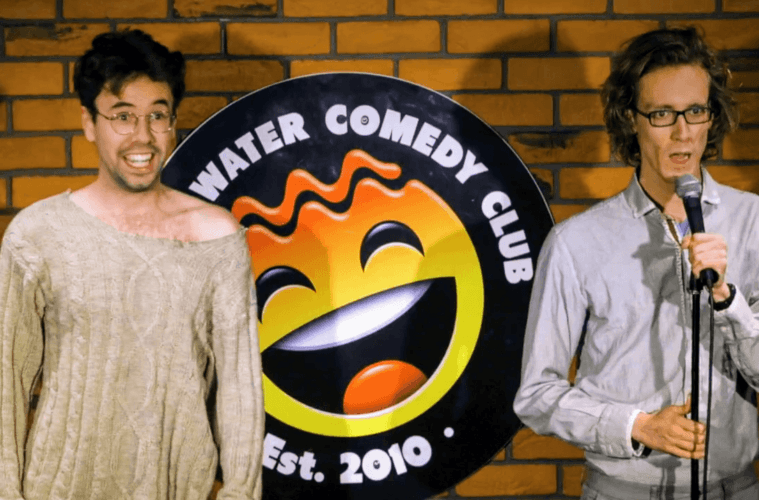 The daringly dark and illegally funny double act, Yolav and Graham, are set to bring their subversive stand up style to the now legendary Hot Water Comedy Club.

The character act created by Michael Burton (Yolav) and Danny Bradley (Graham) is quickly becoming established as one of the most unique acts on the UK comedy circuit.

The premise? A refugee stand up comedian joined on stage by his reluctant translator.

The result? A laugh out loud, very dark but very silly hour of comedy that plays with all your comedic expectations. After a successful Edinburgh Fringe run in 2016 and a more recent run at Perth Fringe this February, the duo are excited to be bringing Jovial Trauma to Liverpool, where they both live and perform most regularly.

“We recently took the show to Australia, to perform at the Perth Fringe,” Mike said, “We received so much support from people in Liverpool whilst we raised funds and prepared for our Australia. We thought it only right that we do  the show in Liverpool when we return.”