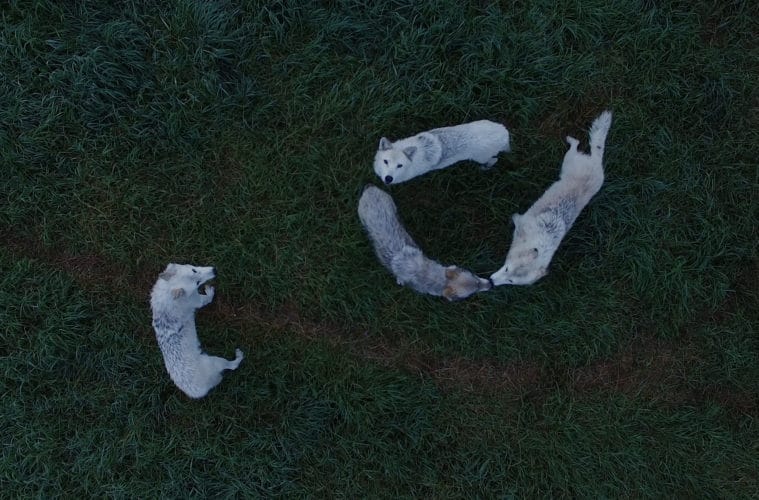 On 19 March, FACT’s Year of The Living Planet launches with the opening of a major new art exhibition, And Say the Animal Responded?

What would animals say to us if we listened to them? What might we learn about the state of our shared planet? At a time when billions of animals are being lost because of human activity, we still place the interests of humans above those of animals. Studies show that animals feel emotions and have distinct personalities and ways of communicating, yet we rarely consider what the destruction of habitats and species extinction means beyond their loss to us.

And Say the Animal Responded? brings together the work of five international artists/artist groups, presenting visitors with face-to-face encounters with the sounds and behaviours of animals from around the planet. Works by Ariel Guzik (Mexico), Amalia Pica (Argentina/UK) with Rafael Ortega (Mexico), Kuai Shen (Ecuador), Demelza Kooij (Netherlands/UK) and Alexandra Daisy Ginsberg (UK) immerse visitors in animals’ sonic lives: from an ocean choir of whales and dolphins recorded by hydrophone, to the quiet interactions between wolves captured by drone camera, to a living colony of leafcutter ants ‘scratching’ music in the gallery.

Throughout FACT’s year of The Living Planet, the organisation will collaborate with artists working on the cutting edge of film, art and creative technology to explore pressing environmental and ecological issues. They include artist collective Keiken (UK), artist Jack Tan (UK), artists-in-residence Carolin Liebl and Nikolas Schmid-Pfähler (Germany) supported by the European Media Art Platform (EMAP) and Liverpool Biennial 2020: The Stomach and the Port.

And Say the Animal Responded? opens to the public on Friday 20 March 2020 and continues until Sunday 14 June 2020. FACT’s year of The Living Planet launches the previous day, on Thursday 19 March, with FACT’s Spring Assembly: The Living Planet, a public event that will open up and explore some of the themes raised by the exhibition.