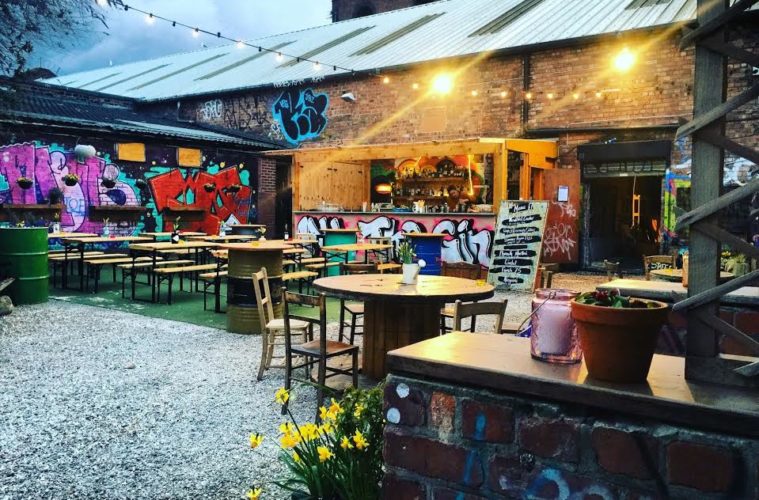 The Botanical Garden is returning for its fourth season this summer, taking pride of place in the city’s Baltic Triangle from the opening weekend across March 16th, 17th and 18th through to October.

Occupying an urban oasis with a heated greenhouse, the intimate hideaway was one of early residents of the now bustling area, and continues to attract a diverse demographic reflective of Liverpool itself, all drawn to the wonderful al-fresco setting.

For the fourth season, there’s a brand-new cocktail menu to explore with flavours inspired by verdant gardens and juniper goodness – from crisp concoctions to fresh fancies – all curated in-house. Delicious new creations include the New Bird Cooler with Sipsmith London Cup Gin, ginger ale and refreshing fruit, and the Rhubarb fizz with rhubarb gin shakes, lemon sugar and topped off with soda. And this year, Oktopus are taking over the kitchen. Offering clean and simple seasonal cooking using sustainable and local ingredients at the peak of their growing time, they create mouth-watering dishes.  It’s this fastidious attention to detail which has seen them become one of the city’s most in-demand places to eat and drink, and now they bring their magic to The Botanical Garden. Lazy sun-kissed days easily segue into early evening and the night. The Botanical Garden is a little piece of escapism in the city, a sublime sanctuary tucked away down a narrow street in the shadow of the looming Anglican Cathedral in the background, which has cultivated a following not only across the city and region but for visitors seeking to find a different side to Liverpool’s resplendent cultural scene.

The venue will be open each and every day through the spring, summer and into the autumn from midday – 11pm, depending on the weather. During the course of the season there will be some special surprises too, including live musical showcases and occasional guest DJs. More will be revealed soon.