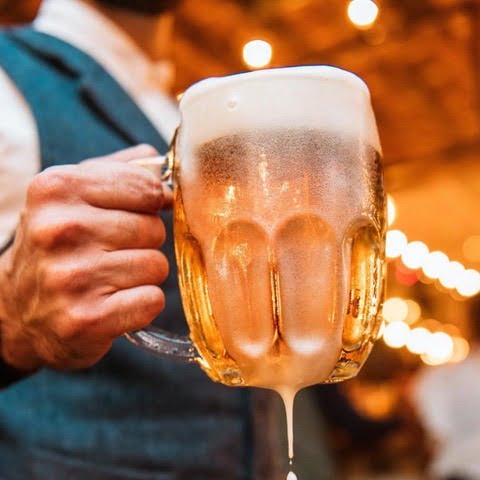 Albert’s Schenke Liverpool, the brand-new Bier Halle and Cook Palace concept from Mission Mars, will open officially at the end of July with a spectacular Bier Festival Weekend, and there’s limited tickets available for this invite-only wunderbar party on Hanover Street.

Taking place over two days, on Friday 26th and Saturday 27th July, the official launch of Albert’s Schenke, Liverpool will be celebrated with a Bier Festival Weekend, showcasing an authentic and lively Bier Halle experience – with Albert’s Schenke unveiling its unrivalled bier offering.

Starring the very best biers and pilsners on the planet from Bavaria and Bohemia, alongside the best local craft biers from the Liverpool area, Albert’s Schenke offers over 20 biers on tap, curated by the on-site bier masters. Guests can sip by the schooner, pour by pint, or take a tour of the taps with a range of bier flights.

Brought to Liverpool by Mission Mars, the team behind award-winning food and drink venues such as Albert’s Schloss, Rudy‘s Neapolitan Pizza and Gorilla, Albert’s Schenke is the latest conception from the multi-concept hospitality operator.

Roy Ellis, CEO of Mission Mars said: “I was born in Liverpool and love our city. Ever since we opened Albert’s Schloss in Manchester, a few years ago, I have been searching for a great location in Liverpool to open Albert Schenke. Schenke means Bohemian Tavern and is the baby brother of Schloss!”

Albert’s Schenke will bring an extensive range of bier to the city of Liverpool, with special editions, small batches and key kegs that will change daily, as well as well as premium High G&Ts, cocktails, magnums of Prosecco and artisan schnapps.

The Cook Haus will bring a distinctly modern take on classic dishes served across Alpine Europe. The menu includes the Raclette Burger with melting Swiss Cheese and The Black Forest Ham, Egg & Chips. With rugged and rustic dishes such as Sformato, a baked truffled mashed potato with melting nuggets of alpine cheese, to Bavarian classics such as Schweinshaxe, Haus kebabs, schnitzels and sausage, there’s something for everyone.

Named after Prince Albert, the Anglo-Bavarian prince and husband of Queen Victoria, Albert’s Schenke is situated on the corner of Hanover Street, in the Grade II listed Casartelli Building.