George at Geeks That Don’t Want To Grow Up gives us his Top 5 John Carpenter Films To Watch During Lockdown.

It’s a weird time we’re living in at the moment. A time of social unrest, and apocalyptic foreboding. However, it’ a good time to make the effort to see some movies, TV shows and read some books that you’ve been putting off for a while. In this vain it feels like we’re living in a story line straight form a horror or sci-fi movie! So, I’ve jotted below my favourite 5 movies to watch in quarantine, from the self-proclaimed ‘Master of Horror’, the one and only John Carpenter. 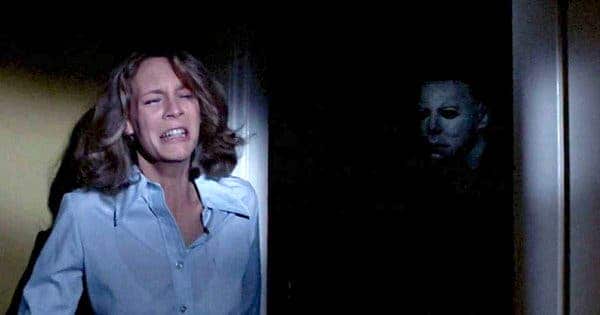 “Death has come to your little town, Sheriff.”

Now, many people would have this as their number one JC movie. It’s pretty much the perfect slasher movie and set the standard for years to come.

Written in just two weeks, shot in just 20 days and costing just $300,000, it is simply put, an incredible piece of movie making. The story follows Laurie Strode (Jamie Lee-Curtis) who is stalked (for no reason what so ever it seems) by an escaped mad man Michael Myers. He waits for her in the shadows all day, and sometimes shows himself just to her. To add to the paranoia her friends seem to just miss a glimpse of him…

The movie is the known for the above, but also for its unique and original soundtrack, which like most of the production of various aspects of the movie was competed in a short space of time. Just three days. 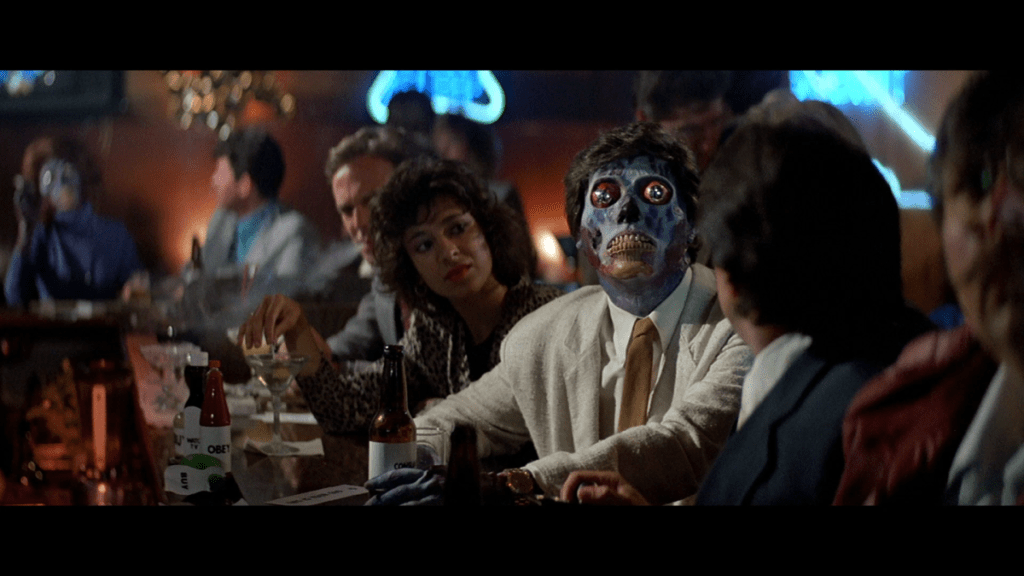 “It looks like you dipped your face in the cheese dip back in 1957.”

Nada (WWF wrestler Roddy Piper) is a drifter. He rides the rails into LA and after a walk around the streets (where he sees poverty next to super rich, soup kitchens next to gross consumerism) he eventually makes his way to a building site. He gets a job labouring for the day, and meets with a fellow labourer whom he eventually befriends and who offers him a place to sleep for the night. The place is not even a ghetto. It’s a lot full of shacks knocked together and people who are living in abject poverty and homeless.

After a chance encounter that night, in an old chapel, he witnesses a police raid and discovers strange goings on. Some sort of resistance fighters/rebels seem to be making counterfeit sunglasses to sell. However, when he put them on, he starts to see the world in a different light… So begins his journey to try to convince others, of his discovery and leads him to a date with a destiny, he never thought someone in his position would have to face.

It’s a 1963 short story “Eight O’clock in the Morning” by Ray Nelson, and like some John Carpenter movies, the acting isn’t the biggest strength of this movie. It’s the story, the script (one-liners), and the atmospheric music. It is a movie I only got around to watching in the last 10 years, but one that I’ve revisited many times since.
It’s impossible to watch the movie and not think about the themes which are as relevant as they were in 1963 (during the boom of manufacturing in the US and UK after the war), or in the Yuppie US and UK on 1988. 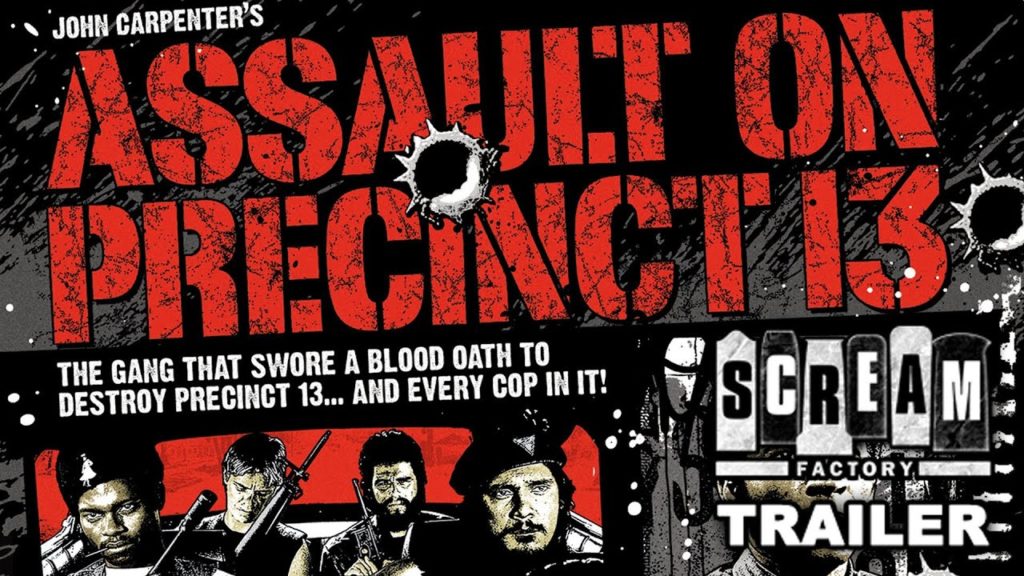 “In my situation, days are like women – each one’s so damn precious, but they all end up leaving you.”

Many JC fans wouldn’t have this in their top 5. They may replace it with the awesome Escape from New York. However, after watching this movie when I was a kid it’s stuck with me and again is one I revisit item and again.
The movie starts with a robbery of military rifles and other guns, by a gang ‘Street Thunder’ who are later ambushed and killed by some LAPD officers. The leaders or ‘Warlords’ then swear a blood oath against LA; its police and citizens.

After series of brutal events, the movie is focused on a police station which is being decommissioned the same day as said events. It has a skeleton crew, including a newly promoted Lieutenant of the LAPD. So begins a standoff inspired by the old western movies like The Alamo and Rio Bravo, and without doubt touches on Night of the Living Dead. The star of the movie Austin Stoker is the stand out performance. His Lt Ethan Bishop is a man on the edge, but keeps it together and consistently comes up with plans and encouraging words for the rest of the captives.

I’ve never bothered with the 2005 remake. This version of the movie will never be bettered. Also, once again the soundtrack is incredible. 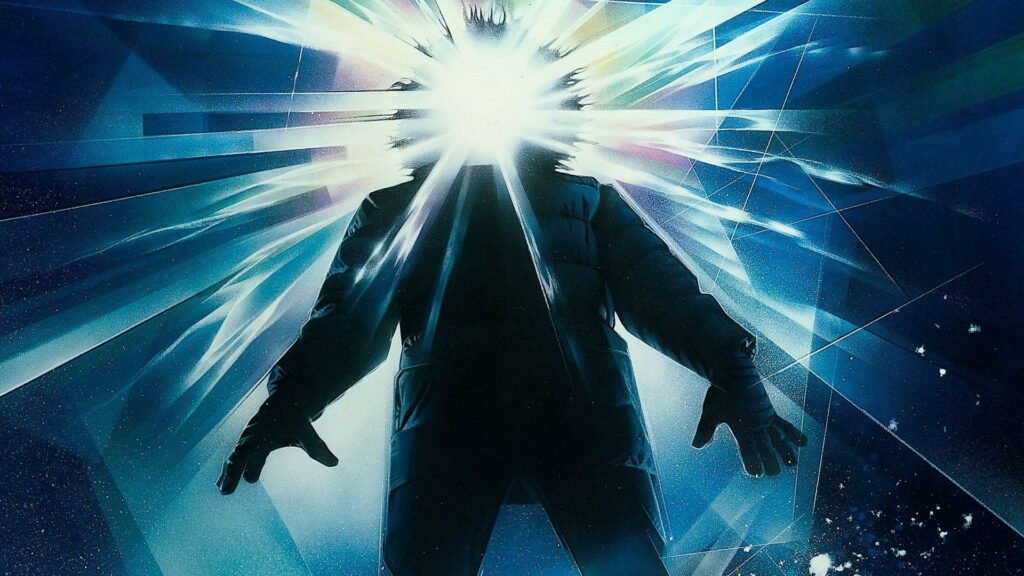 “I dunno what the hell’s in there, but it’s weird and pissed off, whatever it is.”

A flop when it was released, and only gaining acclaim later on in the 80’s with the massive popularity of VHS rentals, The Thing is now rightly considered one of the greatest horror and thriller movies of all time.

The story centres on a group of scientists and engineers and security, at a quiet research outpost in the Arctic Circle. One day a sled dog runs into their camp. A sniper in a helicopter pursues it. Shocked by this, and after dispatching with what seems like a ‘mad-man’ suffering from cabin fever, they take the dog in. Only, there was a reason the people in the chopper where trying to stop the dog…

So begins a story of paranoia and suspicion. Members of the group no longer trust one another, and so tempers rise and the group clashes over who can and cannot be trusted.

The soviet paranoia of the original (The Thing for Another World – 1951) is replaced with the paranoia of the Aids epidemic at the time. The blood tests to see which of the group “is infected” is quite blatant. This is a big reason for it not sitting well with the audiences at the time. The gross out practical effects may have contributed to this also. The special effects are a huge part of what makes this film what it is. From the iconic dog in the kennel to the ‘Spider Head’, these have influenced other movie makers and continue to do so. There was even a moment earlier this year with IT Chapter 2, which included a head with legs like a spider attacking the main characters.

An unusual fact about this movie is that even though the music is very much signature John Carpenter music, it is actually scored by Ennio Morricone. Kurt Russell Starred in five different movies for John Carpenter. He is pretty perfect in this. However, his greatest role (again in my opinion), greatest collaboration with JC and my favourite Carpenter movie is… 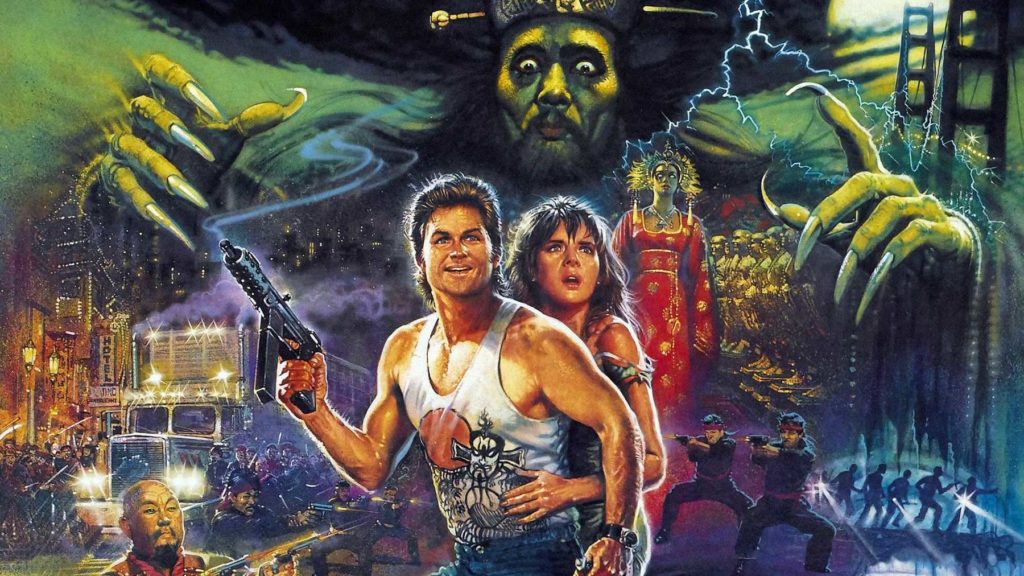 A movie that they genuinely could not remake any better. A one off. I cannot think of many movies (other than Night of the Creeps -1986), which crosses so many different genres. It’s part sci-fi, horror, comedy, adventure, romantic comedy, Kung-Fu with a mix of magic and fantasy.

Jack Burton (Russell) and his friend Wang Chi (Dennis Dun who would work with Carpenter a year later on Prince of Darkness), are dragged in to an underground world of ancient Chinese mysticism, and adventure. Together they must rescue the girl(s), stop a bad guy and save the world.

The cast is a who’s who of 80’s regulars. Kim Cattrall plays reporter Gracie Law with absolute cheese and bounces of Russell well. James Hong plays Lo Pan with a kind of Saturday afternoon bad guy attitude and does everything except twirl his considerable moustache. We even have Al Leong making one of his trademark henchman appearances. The late Victor Wong plays the heroes guide, using magic and cunning to help dispatch the Lo Pan. I particularly love the moment he and Lo Pan ‘dual’ using avatars of themselves. It’s a great moment, and looks great on the Blu-ray release.

John Carpenter wrote the original screenplay as a Western adventure, and you can tell this through the movie.
It’s a superb piece of cinema, and something I’ve watched nearly as many times as The Lost Boys and The Warriors. If you’ve not caught it, please do. You can pick the Blu-ray up quite cheaply, and it looks great.

I hope you’ve enjoyed my Top 5 John Carpenter Films To Watch During Lockdown. I imagine some of you would have put Escape from New York in there, along with Prince of Darkness or even Escape from LA. I myself have a soft spot for the ridiculous ‘Ghosts of Mars’ (2001). Please let me know your top 5 below in the comments.

Follow me on Facebook for all your geeky needs and listen to the geekiest show on the net, Geeks: Destry & Conquer Show here. 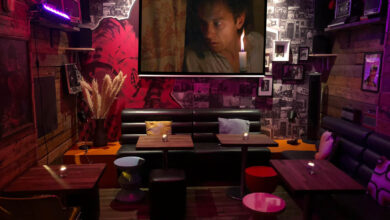 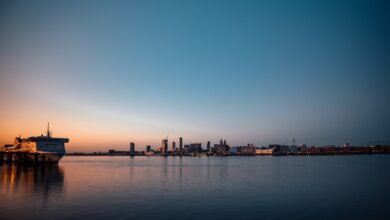