A new month would bring about more challenges for the Purps and the start of two new campaigns in the league and FA Cup. Find out below if Liverpool Noise music writer Jamie Hankin could make City of Liverpool sing in the second instalment of his Football Manager adventure!

Butterflies in the stomach and anticipation in the air, the day underlined in the diary back in early July had arrived. The start of the league season. A capacity crowd at New Bucks Park in attendance, the Purps faithful in an optimistic mood as we went toe to toe with Workington. The bookies made City of Liverpool 3/1 outsiders yet they had clearly not read the script. Inside a minute, Elliott Nevitt opened the scoring with a tidy finish at the back post. A Purps frenzy in the stands and on the pitch as E-Nev added to his tally in the 34th minute, again at the back post this time using his head to double our advantage. A professional second half performance was scuppered in the 75th minute when skipper Michael Roberts was sent off for two yellows. However, the ten Purps men saw the game out to put our first three points on the board. 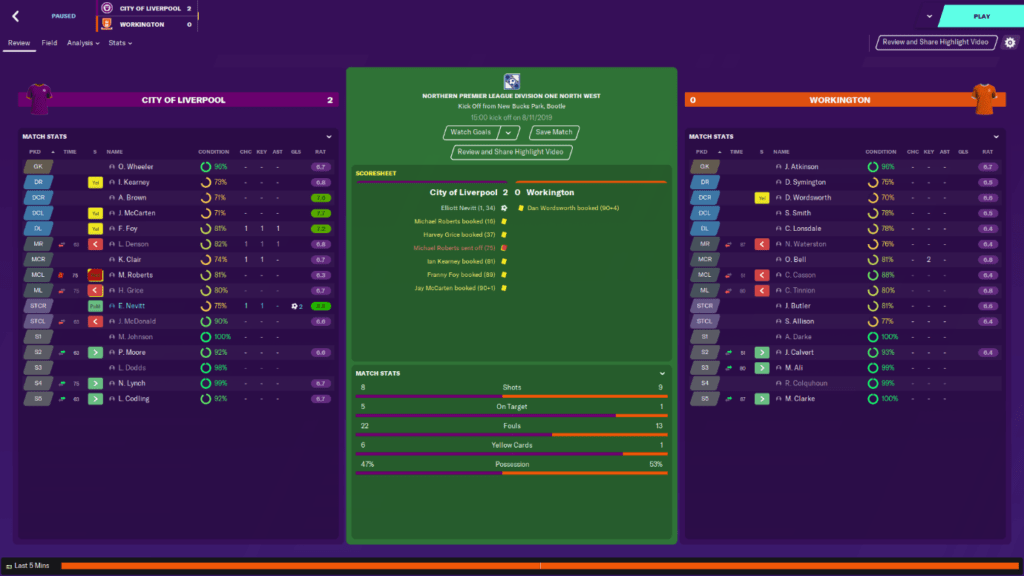 A local derby away at Marine would follow and like most derbies, this was a scrappy affair with little openings. However, on the stroke of half time, the Bootle Busquets, Nick Lynch won the ball back on the halfway line, clipped a beautiful ball over the top for the prolific Nevitt to run onto and slide past the helpless Marine keeper. To draw comparisons for our marksman, E-Nev plays on the shoulder like Vardy, albeit with a far better haircut and in front of goal has the elegance and nonchalance of Thierry Henry but almost certainly better.

The second half fizzled out with my troops playing to instruction. The initiative on keeping concentration and trying to turn Marine around. My tactics nearly played out to perfection yet there was heartache in the 87th minute when Marine drew level with a header from a corner. A bitter pill to swallow for our efforts to be undone at a set piece. A good point away from home nonetheless and lessons to be learned.

City of Liverpool’s FA cup adventure would begin away at Maltby Main and we couldn’t have got off to a worse start. 1-0 down inside two minutes and a furious gaffer on the touchlines picking up the pieces of a ripped up tactics sheet. A few stern instructions on the touchline clearly riled the Purps up and Nick Lynch (Bootle Busquets) responded by lashing a 25-yarder into the top bin to draw us level. The Purps clearly have no interest in second halves and this one again played out in a drab manner. The woodwork however would deny our left winger Harvey Grice in the 92nd minute from a robbery Ronnie Biggs would’ve been proud of. Instead, the Purps would have to settle for a replay at New Bucks Park three days later.

With such a quick turnaround to the replay, the Purps were under strict instructions to stay off the ale and consume the magical water Steven Gerrard occasionally promotes on Instagram. Maltby Main arrived and in a twist of fate, found themselves a goal down early on courtesy of Lewis Codling. The Fish converting from a smart free kick from centre back Jay McCarten. Another first half feast would ensue at New Bucks Park and our advantage was doubled as a Maltby Main defender was helpless but to turn the ball into his own net after a wicked delivery from skipper Michael Roberts. The Malted Milks had absolutely crumbled on Merseyside. As you know, second halves are overrated in these parts so City of Liverpool saw the game out for a 2-0 win and booked our place in the next qualifying round. Up the Angel Revive Purps!

Despite our cup exploits and positive start to the campaign, it is a bit concerning that we are already in the territory of playing three games a week. Fatigue perhaps caught up with the Purps as Widnes arrived and played us off the park in a 0-1 defeat to end the month. City of Liverpool never really in the contest in all honesty with a disallowed goal early in the second half the only real assault on the Widnes net. However, a good month for the Purps and a solid base to work from. The games keep piling up as we approach September but this is the journey we have all invested in. Give us time to work it out. 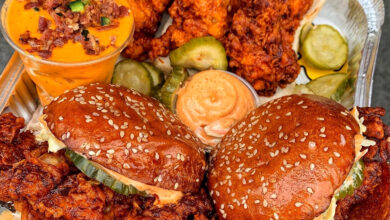 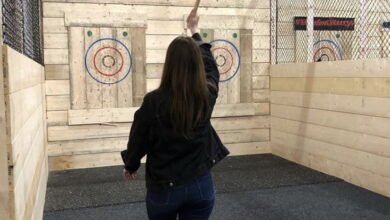