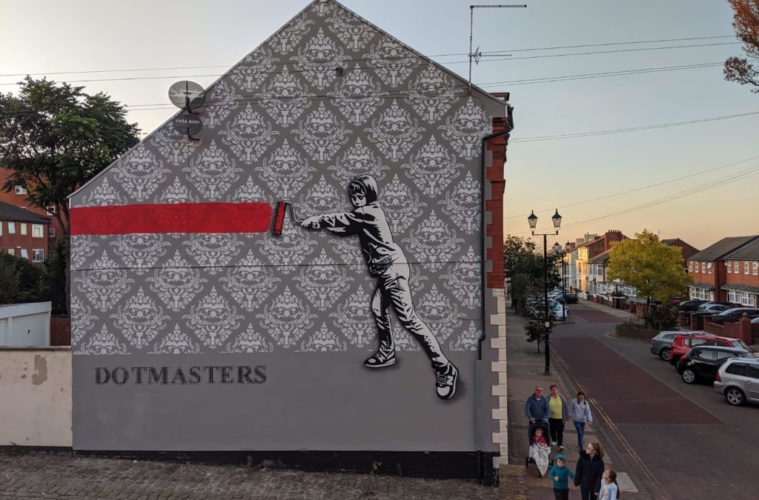 New Brighton Street Art is leading the way in the regeneration project of the area.

Over the past twelve months, New Brighton has seen a number of large-scale murals appear on commercial and private premises within the town’s Victoria Quarter.

Commissioned and funded by local regeneration company Rockpoint Leisure, there are now more than fifteen artworks, designed and painted by both local and International street artists.

A new map to the artworks is now available for visitors to the neighbourhood, directing them on a route around the Quarter.

The paintings, which include abstract and figurative content are part of Rockpoint’s regeneration scheme, which aims to breathe new life back into this area of the town, which has experienced a downturn over the past few decades.

In addition to the artworks, the company has also bought up empty and derelict buildings and are repurposing them, first launching fashion and accessories store Rockpoint Apparel in December 2018, followed by Middle-Eastern inspired bar Habibi and The James Atherton, a modern tavern which was named after the original founder of the resort. 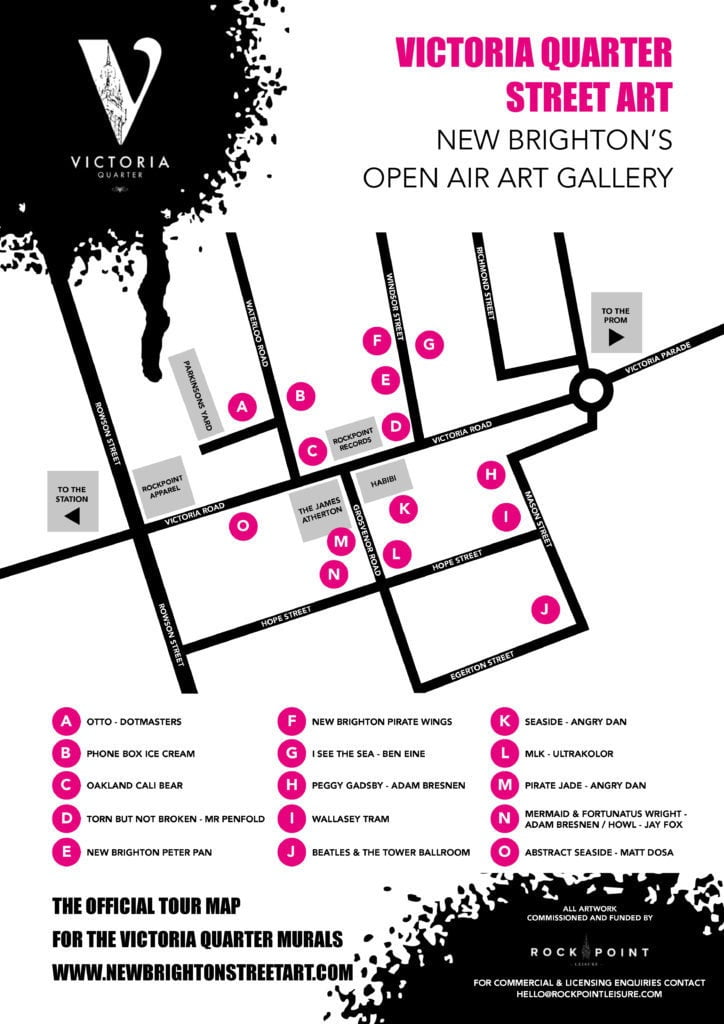 The most recent works to be unveiled are ‘I See The Sea’ by Ben Eine, who’s distinctive typographic style which has been seminal in the rise of street art’s popularity, and Dotmasters’ humorous flock-wallpapered end terrace on Waterloo Road, featuring Otto, part of his series of ‘Rude Kids’ paintings.

Both artists have worked closely with Banksy, with Dotmasters featuring in ‘Cans Festival’ in 2008, whilst Eine’s partnership with Banksy was hugely influential to the commercial success of both artists, and in 2003 the pair set up the famous Pictures on Walls gallery.

Prominent local artist Adam Bresnen has a number of works within Victoria Quarter. Based in Wallasey and a professional artist since graduating in Fine Art from Liverpool John Moores University, he is currently working on a piece dedicated to legendary diver Peggy Gadsby, which is being painted on the historic New Brighton Hotel.

“We’ve worked hard to establish a new free cultural attraction in New Brighton and are now seeing more and more visitors touring the murals every weekend.
By commissioning and investing in the works it’s been great to be able to give something back to the community – and the pieces have been a catalyst in the ongoing regeneration of the neighbourhood.”

Relaxing Things To Do in Liverpool