A YouTube channel by Liverpool film tour guide company Reel Tours will launch this November, as Reel Tours founder Gary Lunt celebrates more of Liverpool’s rare and little-known film sites across the city.
On the Reel Tours YouTube Channel, avid film fans will be given weekly content showcasing film, TV and pop-culture locations from across the city, including some that do not feature on the walking tours. The channel will also take viewers on a virtual journey across the globe to look at some of the most famous sites in film, including The Exorcist, Forrest Gump, Rocky, Spider-Man and Jaws.
Incorporating reviews, interviews, video essays, think pieces and much more, the Reel Tours YouTube channel is the perfect place for fans to devour the best in local, national and international film news – all presented by stand-up comedian, podcaster and film quiz host Gary Lunt.
Gary said: “Cinema is such a massive part of our everyday lives. It is an art form that is constantly evolving and there is so much to be enjoyed and celebrated.
“I’m making it my mission to spread the word of the icons of the silver screen, by giving the viewers of our content a behind-the-scenes look at some of the world’s wonderful film locations; as they appear once the cameras have stopped rolling.
“If you are the type of person that feels the film experience doesn’t end the moment you leave the cinema, then this is the YouTube channel for you! The YouTube Channel is a place for cinephiles to dive deep and explore further into the world of film every week.”
To find out more about Reel Tours, including bookings and film sites, visit www.reeltours.co.uk.
Tags
Entertainment in Liverpool Film Fun things to do in Liverpool Liverpool Events Tours 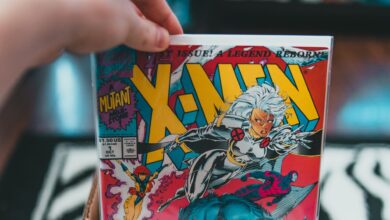