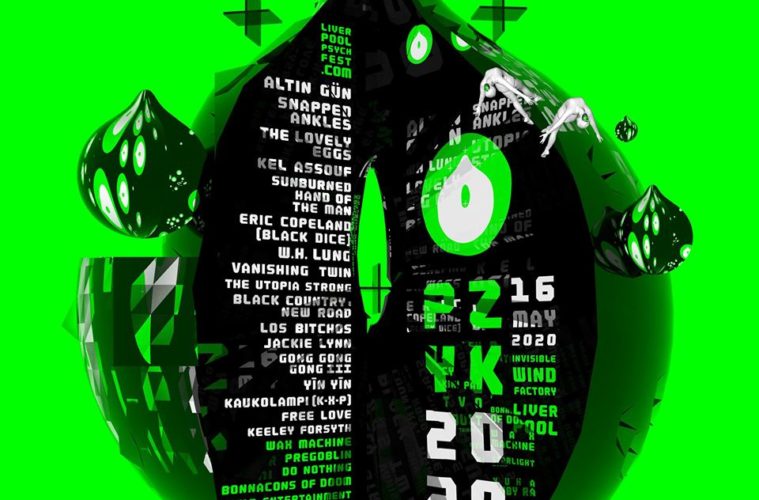 Liverpool Psych Fest 2020 has unveiled the full lineup for this year’s event which they’ve described as a 16-hour immersive journey through the sights and sounds of future psychedelia.


Altın Gün, the Anatolian rock and Turkish Psychedelic Folk band from Amsterdam will be performing along with London post-punk outfit Snapped Ankles. Lo-fi psychedelic duo The Lovely Eggs and Boston psych rockers Sunburned Hand of the Man are also highlights of this year’s event.

After a year off, Liverpool Psych Fest 2020 returns in its new form, now known as PZYK 2020. The festival has been reimagined into a one day event which will take place on 16 May at the Invisible Wind Factory and surrounding venues at the North Docks.

The lineup has returned to its roots with plenty of up-and-coming artists named on the bill, however we know that the large majority of the Psych Fest crowd will embrace the fresh and exciting bands and performers.

Watch the announcement video below:

To find out more go to the PZYK Facebook event page.

Tickets are on sale now via Eventim