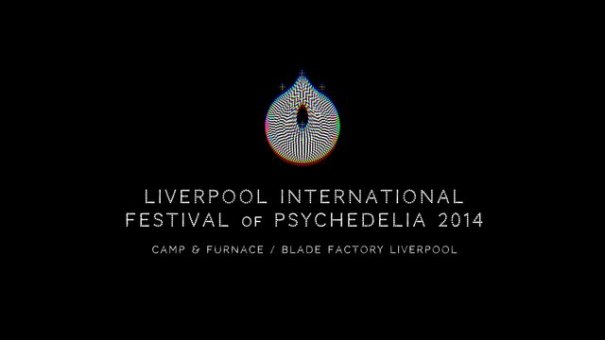 Psychedelic music, not usually a genre of my choice, however having read many good reviews from last year’s festival, I was excited to attend. Becoming slightly more nervous as I approached the Baltic Triangle, concerned I would stand out like a sore thumb with my dress sense, proving this isn’t my usual listen.

When I arrived it quickly became apparent that this festival was for a whole array of people from Mods to Rockers, Goths to Hippies and your next door neighbour. The opening of the gates was running slightly behind however no one made a fuss, a completely laid back atmosphere.

Kicking off the festival in the smaller space of Blade Factory, was Purple Heart Parade, the name sounding somewhat like a scene band, they couldn’t have been more different to my expectations. With psychedelic print being projected all around the room and a high level of reverb on the mic, I felt like I was in a euphoric, dream state. Purple Heart Parade was definitely a strong band to kick off with as they were highly charismatic with the lead venturing into the audience and banging the tambourine all over his body.

Throughout the first day of the festival there were all kinds of psychedelic music; sub-genres I never even knew existed. The Spindrifts brought a country vibe, Sudakistan who were Latino based, Formes who delivered metal psych and of course the blues rock psych band, Wolf People.

As the day progressed the crowd continued to grow, especially for Barberos, who were difficult to see in the smaller space of Blade Factory and Allah-Las, who luckily had the bigger space of the Furnace space in Camp & Furnace.

Finishing off the night with a mix of upbeat funkesque dance beats from Klaus Johann Grobe, to a rise and fall in guitar riffs and soft murmurs from Suuns, eventually ending with upbeat, psychedelic synth sounds of Zombie Zombie.

As Saturday kicked off with the likes of The Glass Moths, Temple Songs and Sudden Death of Stars, the atmosphere had not died down. With The Glass Moths providing us with soft psychedelic, progressive, experimental pop, it was announced after their performance that this was their last gig as a band.

Never having truly explored into this genre before I was unsure whether the music would become ‘sameish’ but that thought was quickly quashed when Islet entered the room. Floating through the audience ringing some form of chime instrument, there was an instant spark of curiosity from the crowd and those outside the room. Clearly conscious of putting on a show, the band moved across the stage and made strange vocal chants as if possessed by the music.

The Saturday was just as absorbing with bands such as Cantaloupe, whose music reminded me of a 70’s cop show opening credit, as well as the South American band Nueva Costa with their captivating rhythms. Following on were WhistleJacks who had the image of a 90’s garage band, with the essence of this in their music however with the addition of a synth. There was a minor technical problem at the beginning as the guitarist had no sound however like a true professional he carried on and manage to resolve the problem.

Rounding up the whole festival was Satelliti with their electro-acoustic, distressing beats, Camera producing upbeat guitar rhythms mixed with synth and drums. Finishing off the night was Goat, dressed head to toe in tribal, with their busy, mind destroying music.

If this genre is one of your secret pleasures, there’s no stereotyping here, just a festival full of music fanatics and psychedelic admirers. I’m already on my way to bringing a whole crowd of people back with me next year. Whether you’re alone or in a group, standing still appreciating or moving to the music, there’s a bit of everything for everybody at the Liverpool International Psychedelic Festival.