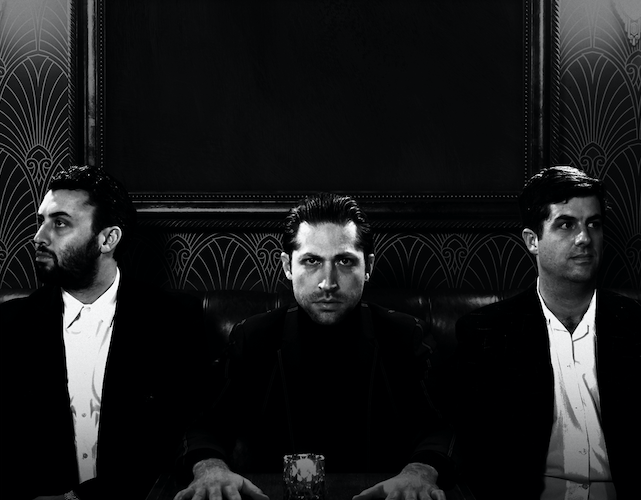 Mini Mansions, the Los Angeles band comprising members of Queens of the Stone Age and Arctic Monkeys will be stopping by Liverpool’s District next week as part of their UK tour.

While all three bandmates are occupied with other gigs (notably Dawes plays in The Last Shadow Puppets, Parkford in Arctic Monkeys and Shuman plays bass in Queens Of The Stone Age, Mini Mansions is their priority. And, for this album, Shuman relinquished his role as drummer for the first time. Drumming come courtesy of his QotSA bandmate Jon Theodore.

The band recently announced their forthcoming album Guy Walks Into A Bar…which will be released July 26, 2019 on Fiction Records.

Guy Walks Into A Bar…is a record that examines the kind of hip-swaying rock’n’roll you’d find on a dive bar jukebox, it sounds happily disaffected by trend, time or place, like the titular joke itself. There are a hundred different kickers to that joke, but this time around the joke’s on them. A guy walks into a bar only to face reality. The album has been a labour of love individually and collectively. In terms of the former, the lyrics on the record penned by singer/guitarist Shuman are the most hard-hitting, self-reflective he’s ever shared, and all informed by a whirlwind relationship that’s since dissipated

Co-produced by Shuman and long time collaborator/mixer Cian Riordan, there are some additional familiar voices dotted in with a duet with The Kills’ front woman Alison Mosshart on “Hey Lover”and backing vocals from Z Berg (former singer in The Like) on “Forgot Your Name”and the disco banger, “Living In The Future”, which sounds like Devo by way of ELO. This record promises to be their most direct and downright poppiest effort to date.

Tickets for their Liverpool gig can be found on the band’s website and via See Tickets.