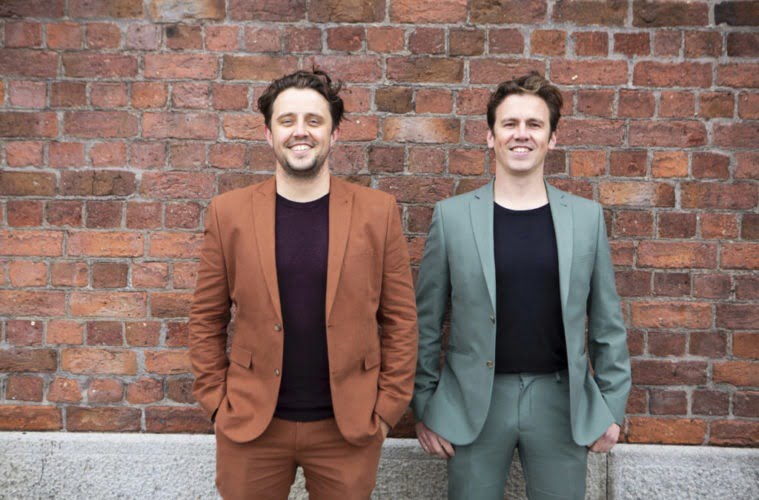 Ellis and Liam Barrie have announced that the name for their new restaurant due to open at Royal Albert Dock Liverpool early next year will be ‘Lerpwl’, pronounced ‘Ler-pool’. Recognising the personal links the brothers share between Liverpool and North Wales, having grown up in Liverpool and launched their renowned restaurant the Marram Grass in Anglesey, Lerpwl fittingly translates as the Welsh name for the city.

Having already established himself as one of the UK’s rising culinary stars, appearing on The Great British Menu twice and with an Acorn award under his belt, Ellis has earned a growing reputation for excellence since opening the Marram Grass with his brother Liam in 2009, and the talented pair are now fulfilling their ambition to return to their home city, at the world-famous Royal Albert Dock.

Lerpwl will take inspiration from its impressive surroundings, with the interiors reflecting the industrial nature of the Dock, having once been at the heart of Liverpool’s booming global trade industry. The restaurant will accommodate 45-seated downstairs with an impressive bar for those who fancy a pre-dinner cocktail or a glass of wine. Upstairs, guests can enjoy an exclusive private dining experience for up to 20 with their own kitchen and dedicated chef, perfect for a special occasion.

The restaurant promises to exude the energy and vibrancy of Liverpool’s bustling city centre. The mezzanine level will incorporate a DJ booth, providing the restaurant’s eclectic soundtrack on Thursday, Friday and Saturday evenings, and the bar area will be the ideal spot for a sophisticated drink.

Commenting on the different concepts behind Marram Grass and Lerpwl, Ellis says, “The Marram Grass represents the community and sustainable farming links in Wales, sourcing as much as possible locally to the restaurant to play on our natural surroundings.

“Lerpwl is all about the trade links Liverpool has had with the rest of the world…yes we’ll be using Welsh produce but we’ll be looking around the world to complement our welsh ingredients. For example we can’t wait to smother our home-grown aged swine with Italian white truffle…I already know it will taste amazing!”

Lerpwl will be located in the Dock’s Britannia Pavillion, which is quickly becoming a notable hot-spot for Liverpool’s finest independent restaurants, which includes Maray, Rosa’s Thai Cafe and Lunyalita.

For more information about the Royal Albert Dock visit https://albertdock.com/