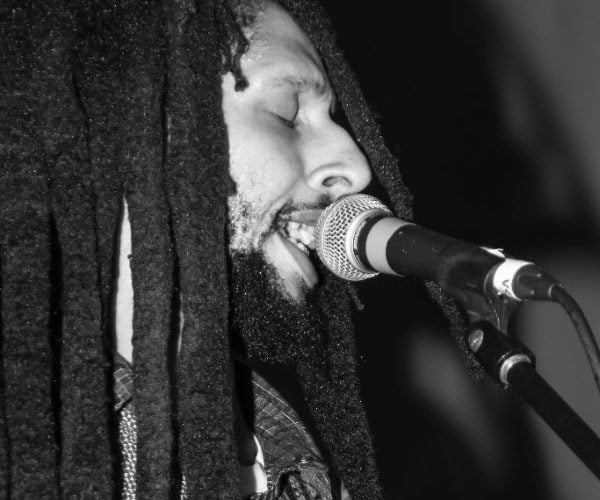 The Grammy-nominated reggae star heads up the latest wave of artists, with Diabel Cissokho and HAJAmadagascar also added to the festival line-up.

The UK’s largest FREE celebration of African and Caribbean music and culture will be headlined by reggae royalty this June as Julian Marley is set to close the festival weekend out in style.

Marley will play hits like “Boom Draw”, “Systems”, “Lemme Go” and “Violence in the Streets” along with a selection of his father’s iconic songs, complete with his band The Uprising, in Liverpool’s Sefton Park this June.

Described as the ‘jewel in Liverpool’s festival crown’ (Bido Lito!), Africa Oyé has always prided itself on a strong reggae representation in their line-ups, and this year – their 25th anniversary – is certainly no exception. Julian Marley, son of reggae legend Bob Marley and Barbados-born Lucy Pounder, is a Grammy award nominated, roots-reggae musician, singer-songwriter, producer and humanitarian. In the same tradition as his father, Julian is a devout Rastafarian whose music is inspired by life and spirituality.

A humanitarian at heart, Julian Marley naturally leans toward building on charitable missions and contributing to the Ghetto Youths Foundation, which allows him to give back in various communities. Whether it’s reasoning with children at the football fields in London, or offering his time to benefit concerts, Julian consciously looks towards finding ways to help build positive guidance that benefit the youth of today.

Alongside the main stage of live music, the Oyé Village will be providing the public with a variety of world foods, workshops, dance classes, traders and DJs and more. Lots of child-friendly entertainment will once again be on-site so festival-goers can bring the whole family along.

Africa Oyé will take place on 17th and 18th June in Sefton Park, from 12:30pm till 9:30pm on both days and entry is FREE. For more information on Oyé and its associated events, please visit africaoye.com.