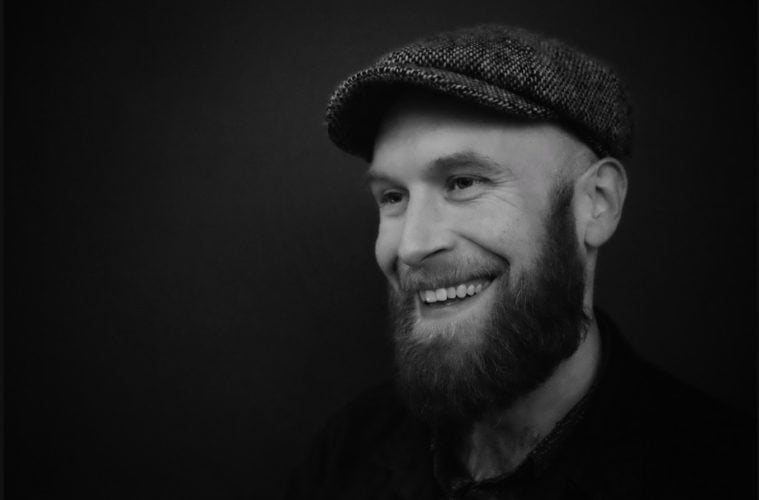 Liverpool Noise: We are about to celebrate Mellowtone’s 15th Anniversary. How did it all start?
Dave McTague: It started as the idea of a night i’d like to go to … an evening of live music, DJs, intimate and interesting venues, laid back vibes, nice people in attendance … and we built from there. I’d had the idea for a while, but when i walked into the View Two Gallery on Mathew Street, I knew that was the place for us! And I’m glad to say, we’re still at it …

LN: Why do you think Liverpool and music go together so well?
DM: How long have you got? Hah … Briefly, it seems to be in the city’s blood. The cliches are true. Liverpool is a port city, always open to new ideas, influxes of people and sounds. People say it’s the UK’s answer to New Orleans, in the way that both the cities are musical melting pots. And, of course there’s that band called the Beatles who continue to draw music lovers to the city – as tourists and to live here, but the Beatles wouldn’t have exited without the influence of Black American music, Irish music and I’d say the city’s entrepreneurial spirit. Liverpool certainly punches above its weight in terms of the city’s size VS its musical output!

LN: How has the Merseyside music scene changed over the Mellowtone years?
DM: It’s changed quite bit to be honest, when we started it was very eclectic, in terms of club nights, gigs etc – all were catering for a “tribe” of sorts. We tried to find a little niche in that, and I like to think we did. Now it’s eclectic in a different fashion, people seem to be interested in lots of styles and genres. I think a lot of that is to do with the rise of the internet, streaming sites etc … people are exposed to so much more, and music is so easily accessible now, so people have got into lots of different things, perhaps become less ‘tribal’, and now nights (and many artists too!) are much more varied. When we started we always tired to have quite a broad appeal, so it’s nice that we’ve been able to keep on going through these changes. Venues come and go, nights and promoters come and go, and of cousre so do artists … that’s the cyclical and transient nature of such things I guess.

LN: Whose currently on your roster, and why are you working with them?
DM: Nick Ellis – because he’s such a brilliant songwriter. As well as a great vocalist and guitarist, and Nick has such a wonderful stage presence. Edgar Jones – we reissued Soothing Music in collaboration with the Viper label, … it’s one of my favourite albums so it was a real honour to be involved in this release. Anwar Ali & Dave Owen. I’ve known Dave Owen for years, he played some of our really early shows. When he was working with Anwar I heard them and we just wanted to capture some of their music, and try to get it out to a wider audience. Seafoam Green. I’d known Dave O’Grady for a while and he’d been playing a few of our shows… so when he came along with a great record, it seemed like the obvious step to work together! And, both Dave and Muzz have fabulous vocals, that sound beautiful with each other. And, Ragz Nordset. Whilst technically Ragz Isn’t on the label, I’ve worked with her for years … her voice is truly unique.

LN: Would you say that Mellowtone has stayed true to its artistic vision?
DM: I’d like to think we have, maybe it’s best to ask someone else that question! Haha!

LN: How do you see the music scene in merseyside now?
DM: It’s always evolving, always interesting. I think the standard in the city is very high. As mentioned before, things come and go, but I always think it’s exciting and there are always new things happening. Look at the music magazines and blogs we have here … some cities the size of Liverpool would struggle for content – but that doesn’t seem to be a problem here!

LN: What musicians are you listening to at the moment?
DM: As always, lots! And mostly old stuff, haha. Contrary to what people may think, i don’t listen to that much folky stuff at home… plenty at our shows haha. I was working on a playlist for an exhibition of illustration, design and artwork by Candie Payne recently, and was listening to lots of French stuff for that… Serge Gainsbourg,
Francois Hardy, Sebastien Tellier, and some nice 60s stuff, the Stones, Vashti Bunyan, Small Faces, Love, Nico. Michael Chapman’s new record is great. There’s a Ghanaian band called Santrofi, some of whom played with Pat Thomas… they’re in that lineage. I saw them live recently … hi life vibes. They’re brilliant! And, I’ve been listening lots of old soul and funk as usual. OV Wright, Syl Johnson, Al Green, The Impressions, Lee Dorsey, Allen Toussaint, Parliament, Funkadelic.

LN: Nick Drake or Joni Mitchell?
DM: It’s Nick Drake every time for me. Don’t get me wrong, I like Joni Mitchell, but there is something about Nick Drake that’s so ethereal and magical. My dad is a huge Nick Drake fan, he’s got the albums from the first time around. And I remember him passing me a CD when i was about 17 saying .. you have to listen to this! I didn’t get it straight away but once I did, that was me sold!

To find out more about Mellowtone and their 15th Anniversary events visit the Facebook event page.