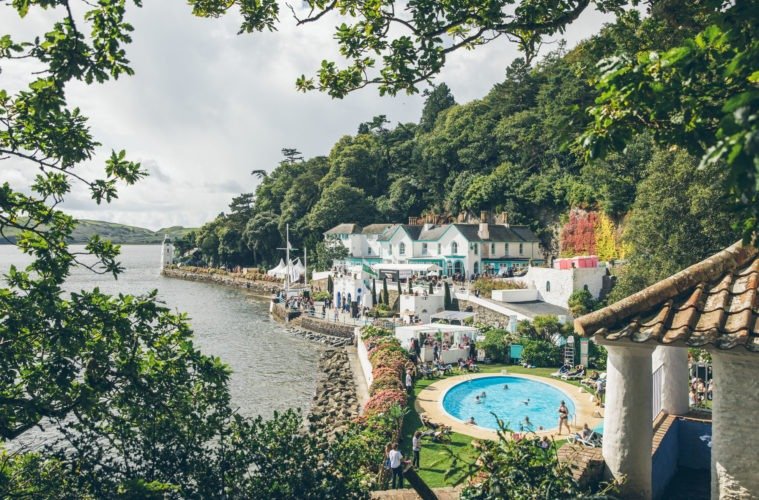 Franz Ferdinand And Friendly Fires Join THE THE To Headline Festival No.6

Jessie Ware, Everything Everything, The Charlatans, Django Django, Ride, Anna Calvi and many more revealed.

Having previously revealed The The as the top of the bill for Saturday night, multi-award winning Festival No.6 (6-9 September ‘18) is proud to announce Franz Ferdinand and Friendly Fires as the remaining headliners for this year’s highly anticipated seventh edition – the highlight of the UK festival season.

Following a brief hiatus, indie rockers Friendly Fires are back with a vengeance and headlining the Friday evening at No.6. Promising to “herald in a new era”, the band will be showcasing brand new tracks and an incendiary live show for which they are rightfully renowned. Since changing the indie-pop scene forever way back in 2004 with Take Me Out, Franz Ferdinand have headlined festivals the world over. Described as “a band reborn” by the NME, the new album Always Ascending has enjoyed critical acclaim from all quarters and is set to be this summer’s indie soundtrack and an unforgettable performance at No.6.

The Charlatans need no introduction. With almost 30 years at the pinnacle of UK alternative rock they have achieved legendary status with a back catalogue of 12 innovative studio albums – including three no.1s – and show no sign of slowing down with last year’s top 5 hit Different Days reaching new audiences and delighting their legion of die-hard fans.

The Manchester Camerata Orchestra will collaborate with renowned No.6 Composer-in-residence Joe Duddell to perform the very best of Northern Soul and Motown classics on Sunday afternoon. Billed as “Britain’s most adventurous orchestra” by The Times, and famous for remarkable collaborations with a spectrum of artists, from classical superstar Martha Argerich to the legendary New Order, the live orchestra will fuse an unforgettable set of the much beloved Motown and Northern Soul.

Fresh from enjoying the success of her third studio album, Glasshouse, singer-songwriter Jessie Ware will also be gracing the stage on Saturday night. Known for her electronica-plated soul sound, Jessie’s chart topping hits are as unique as they are infectious. The first batch of names from the arts and culture bill have also been announced headed by the legendary lead singer of Madness, Suggs, performing his new one man show What A King Cnut – A Life In the Realm of Madness.

The brilliant Will Self, acclaimed author of many books including Umbrella, shortlisted for the Booker Prize 2012, will also be appearing at No.6 for the first time. As will Jeremy Deller, the Turner Prize-winning artist, and Eimear McBride, whose magnificent book A Girl Is A Half-formed Thing won the 2013 Goldsmiths Prize and the Baileys Women’s Prize for Fiction 2014.

The mighty Andrew Weatherall is curating his own Psychedelic Faber Social stage, inviting fellow authors and artists to celebrate psychedelia including Dorian Cope, Jeremy Deller, David Keenan and others to be announced. Edith Bowman will be talking to Irvine Welsh about music and films, while screenings include Oxide Ghosts – The Brass Eye tapes celebrating the 20th anniversary of the seminal satire show, and the classic French film La Haine with a live soundtrack by Asian Dub Foundation. Viv Albertine will be discussing her new book To Throw Away Unopened, the follow-up to her memoir which was Sunday Times, Mojo, Rough Trade, and NME Book of the Year in 2014. Other artists announced include youtube sensation Rants n Bants, Rob Auton, and a special tribute to Mark E Smith.

No.6 will also be marking a centenary of suffrage, with Stealing Sheep’s Suffragette Procession, curated by the all–female Liverpool band. We’ll also be celebrating Frank Sidebottom’s love affair with Portmeirion, with rare footage and archive material of Frank in the Village. The full arts and culture bill will be revealed over the next few weeks…

Grab your Festival No.6 tickets here.