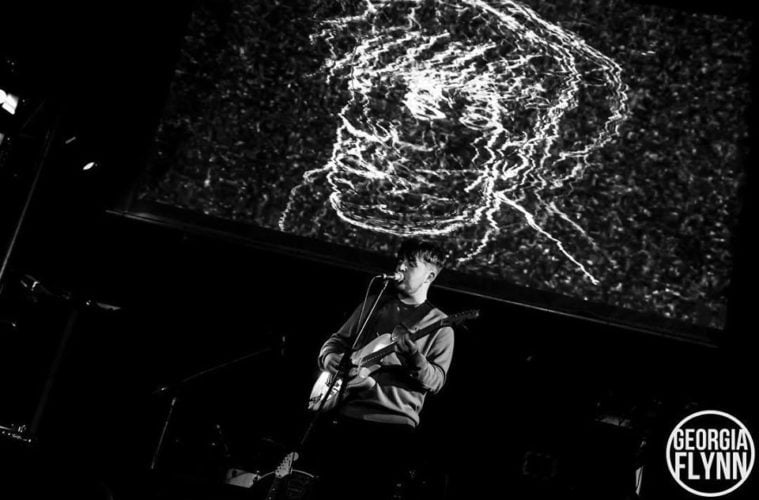 Full of Wonder EP is the latest musical offering from Dan Astles, and is intriguing in both production and compositional senses. This amounts to a challenging and enriching artistic experience, and points to Astles growing musical maturity. We met in a convivial Liverpool hostelry, and as Dan was a few minutes late, he got the round in. Over a couple of pints, we talked of musical themes, recording and production, and the influence of one of the premier progressive rock bands…..

LN: How does this EP differ from the previous recordings, with regard to recording process, song- writing, subject matter and themes?

DA: In many ways , the Full of Wonder EP is completely different to my first EP Live at The Nordic. I recorded it over a much longer period of time, in different studios and spaces. It was written a lot differently: I spent more time on the arrangement of the songs than I have ever done previously, and I spent a lot of time trying to experiment with different types of instrumentation.

I think the themes are probably similar, just written better. Its about the people and the places I see every day, and what I learn and take from them. This is a theme which I hope will tie all my work together.

DA: I had a lot of records in mind which I wanted the songs to sound like in a production sense. In particular, Jeff Buckley, Radiohead, Elliot Smith, Pink Floyd and Bon Iver where all inspirations towards the sound of the EP.

However , I tried to not think about it too much during the recording process. It was more about what the fit the song and the mood of the song, and quiet naturally really it fit together really well as a whole. Which I was very happy with. LN: How would you say your artistic vision is developing in your short career?

DA: I think my best work is to come which is always a good place to be. I am really happy with what I have released so far and I think I will always be able to stand by them. However I am looking forward to whats next always.

LN: Full Of Wonder, to these ears, creates its own world. Do you see future projects continuing along this theme, or perhaps looking for a bigger, expansive sound?

DA: I’d like to think that all my records will have that effect on a listener. The records I love are the ones which create their own world and take you somewhere that lasts much longer than the music. I think that its something which I always intend to have on my albums.

LN: What are your views on the role of a “Producer”? Would you ever like to work with any high profile ones? If so, who? And why?

DA: I’d like to think that my records could be recorded anywhere and still sound the same. I have a clear view of what I want so hopefully I would always get there eventually. I love the people I work with at the moment, such as Matt Freeman and Joseph Mott. I don’t think I aspire to work with any producers in particular, but there are certainly people I admire.

I think that to be a songwriter you have to be a producer in a way of , arranging and producing a final product to be recorded. So the role of a producer has really been changed, especially if you look at people like James Blake and Bon Iver. DA: To release more music and to play as many shows as possible in new places. There’s also going to be some interesting things coming really soon which will be great!

And with our pints both drained, we departed. Later, reflecting on our conversation, it really struck me how much Astles cared about his artistic vision and craft. He left me with the impression he was a totally committed artist, and for sure 2018 was going to be a great year for him. And the next time we meet, a Guinness will be already be awaiting….